In her 35-year career, Nicole Kidman may have never guessed that an HBO miniseries would provide her with one of her most powerful roles to date.

The actress recently spoke with Vogue about playing Celeste Wright, a former lawyer and mother of twins whose marriage to her violent and abusive husband (Alexander Skarsgård) becomes perhaps the most disturbing and poignant storyline on “Big Little Lies.”

Viewers have responded to the character and her strife with raw emotion.

“They’re upset, they’re disturbed. They say they know people, they know of people that have been through that,” Kidman said. “They want to understand why; they want to ask what Celeste is thinking, feeling.”

Some of the most harrowing moments happen while Celeste speaks with her therapist (Robin Weigert).

The therapy scenes between Celeste and her psychologist are brutal. I cried while watching last week’s episode, where Celeste’s denial starts to finally unravel.

That makes me cry, when people have that type of response, because as an actor that’s a very deep, beautiful response from people. There’s enormous amount of this in the world, it’s insidious, it’s not understood, it’s very aligned with shame and secrecy and obviously pain and sacrifice and blame. All of those words are profoundly deep words and deep emotions. Yet the way in which it’s done is that it slowly unravels. It’s the way in which Celeste has to unravel herself. What is so important for her is that when she goes to seek help she doesn’t want the relationship to be destroyed, she just wants it to be fixed. She knows these things are unhealthy, but she’s not willing to delve any deeper than “I just need some tools.” That’s where it starts, and then slowly through this extraordinary therapist — who immediately knows the minute she sees them as a couple what’s going on— she knows it’s going to be a very hard road. Celeste is living in a very dangerous place.

Kidman also discussed shooting the therapy sessions with Vulture, noting that there was little preparation.

“Those therapy scenes are so astute and beautifully rendered and written,” she said. “[Director Jean-Marc Vallée] just let those scenes breathe, so they play out in real time. You have the love; you have the guilt; you have the addiction. You have the pain, and you have the responsibility. A lot of it was that Jean-Marc doesn’t rehearse. We didn’t rehearse anything. We just came in and we just shot.”

Kidman, who has since finished filming the seven-episode series, told Vogue that the role marked a milestone for her.

“[W]hen I walked away from it,” she said, “I remember thinking that was the deepest I’ve gone in terms of finding and losing things.”

The finale of “Big Little Lies” airs Sunday at 9 p.m. ET on HBO.

Tina Fey, Alec Baldwin, Tom Hanks, Tracy Morgan, Maggie Gyllenhaal, Michael Moore, Padma Lakshmi and a whole host of other stars are teaming up for Stand for Rights: A Benefit for the ACLU. Donate now and join us at 7 p.m. ET on Friday, March 31, on Facebook Live. #standforrights2017 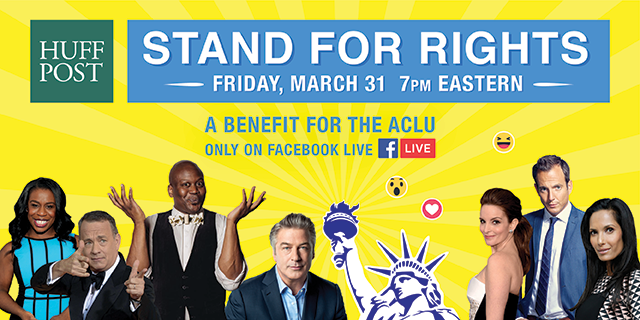