An investigation is underway after two human thigh bones were found displayed prominently on the pavement outside a north London pub.

Dan Gardner told the Islington Gazette he had noticed the bones as he headed back from his local – The Crown in Cloudesley Square, Barnsbury – on Sunday afternoon.

The 44-year-old said: “I tried to ignore it, telling myself they were animal bones.” 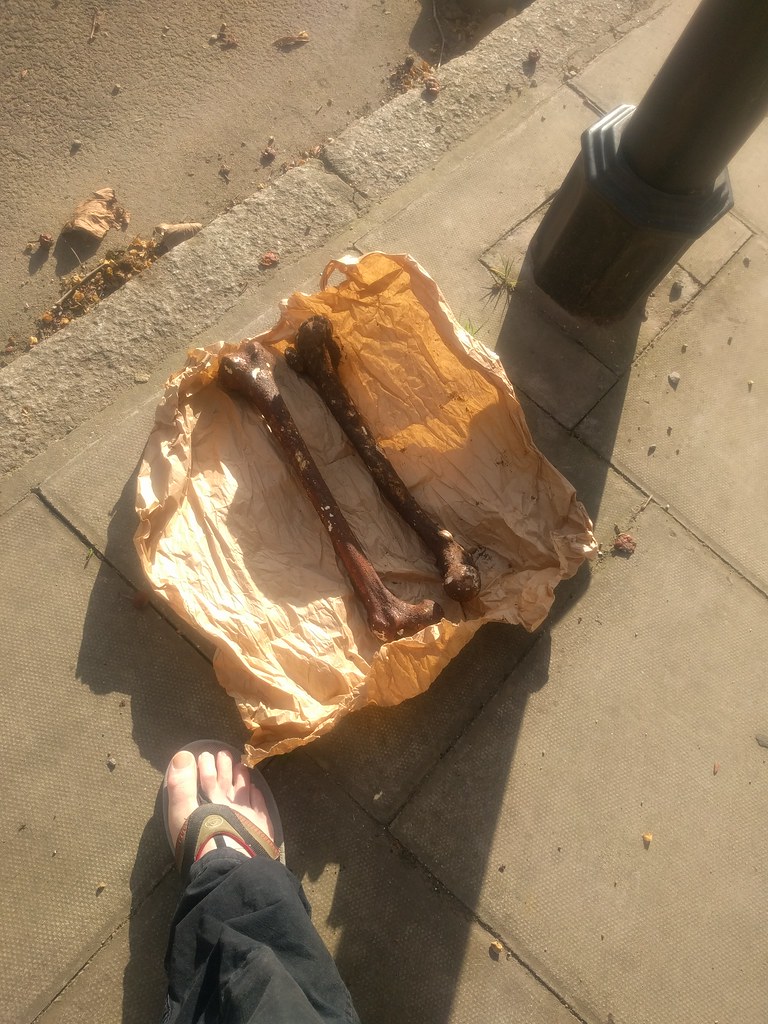 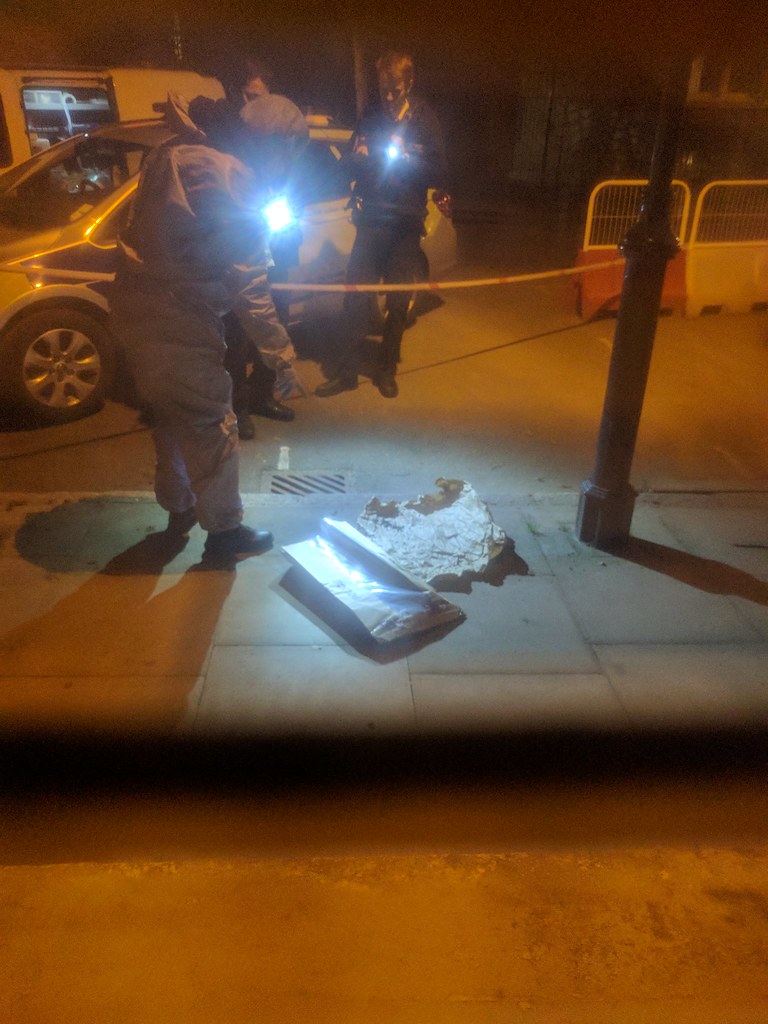 “They reckoned the bones were femurs. It certainly made for an interesting Sunday.

“It’s just odd, as whoever laid the bones there clearly wanted them to be found. The bag was open and it was in broad daylight with people walking about.” 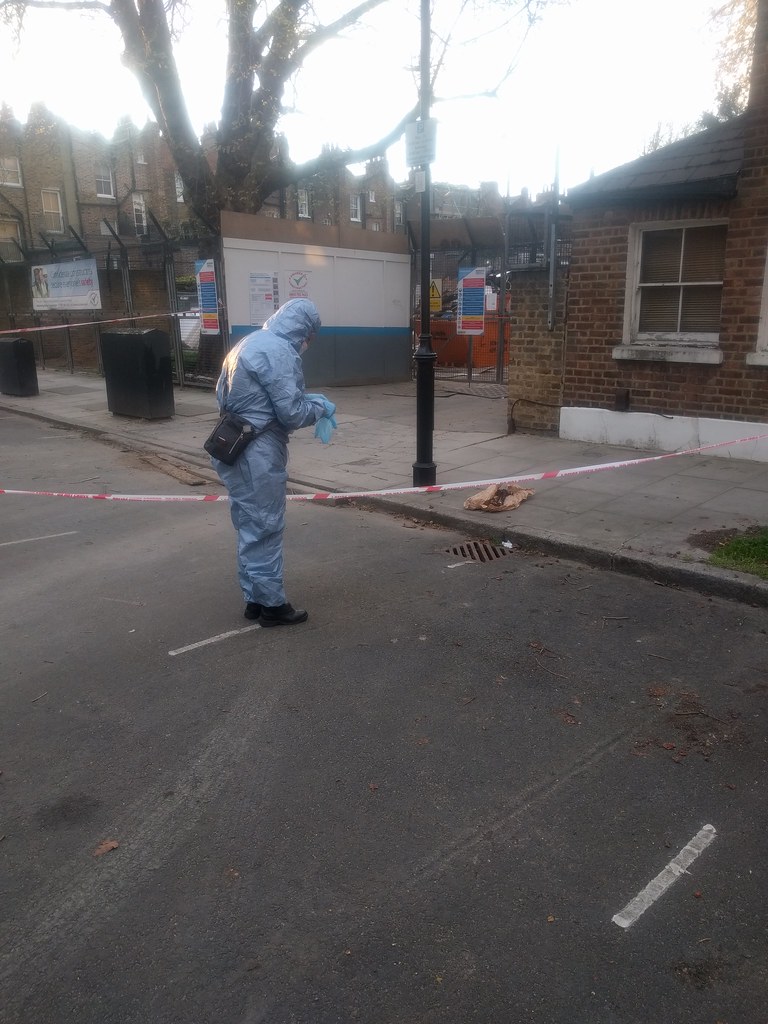 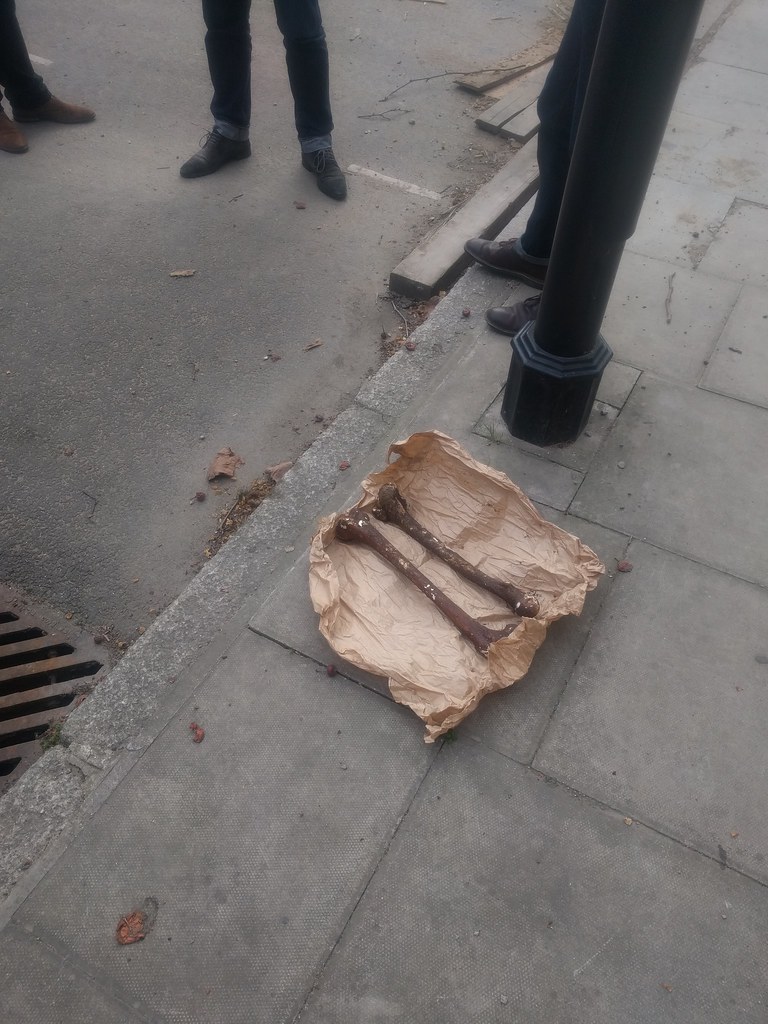 A Met Police spokesman said the force had been advised by a specialist that the bones appeared to be human and are not believed to be ancient.

He added: “It is also too early at this stage of enquiries to confirm if the discovery is suspicious or not.” No arrests have been made.

Femur bones are both the longest and strongest bones in the human body, extending from the hip to the knee.