The U.S. has issued a series of dire warnings to North Korea in recent days, as hostilities over Pyongyang’s advancing nuclear capabilities swell and the specter of a military confrontation looms.

Kim Jong Un’s regime “should cease any consideration of actions that would lead to the end of its regime and the destruction of its people,” U.S. Secretary of Defense James Mattis cautioned this week. He added it “would lose any arms race or conflict it initiates.” His remarks echoed President Donald Trump’s vow to meet Pyongyang with “fire and fury” if it continues to threaten Americans.

The two nations’ escalating threats have fueled fears around the globe of a nuclear conflict, and reminded many of other tense nuclear standoffs and close calls that could have ended catastrophically.

There’s a disturbinglylonglist of nuclear near-misses, triggered by various incidents that have involved a bear, a moonrise, a flight of swans and numerous cases of human error.

Here are eight times the world narrowly avoided a potential nuclear disaster over the past six decades:

Toward the end of the Suez Crisis, a sheer coincidence of simultaneous events reportedly could have triggered misguided nuclear strikes against the Soviet Union.

On the night of Nov. 5, 1956, the North American Aerospace Defense Command, or NORAD, received reports that a series of alarming events were underway ― including unidentified aircraft soaring over Turkey, Soviet planes flying over Syria, a downed British bomber in Syria and unexpected movements by a Soviet fleet through the Dardanelles in Turkey.

As it turned out, the events were respectively caused by a group of swans flying over Turkey, escort aircraft for the president of Syria, a British bomber that went down due to mechanical issues and scheduled Soviet fleet exercises, according to sources including nuclearfiles.org.

NORAD went on high alert after radars in Greenland mistook reflections from a moonrise over Norway for an intercontinental ballistic missile attack against the U.S. launched by its Cold War foe the Soviet Union.

As the Union of Concerned Scientists explains, Soviet leader Nikita Khrushchev was in New York at the time, which stirred doubts that an attack was truly happening. This likely prevented a nuclear retaliation.

During a routine flight over North Carolina in 1961, a B-52 bomber spun out of control and dropped two atomic bombs on the city of Goldsboro.

The only thing that prevented a nuclear detonation that day was a safety switch that had been known to malfunction, official documents show. One bomb broke apart upon impact, and the other endured minimal damage.

“By the slightest margin of chance ― literally the failure of two wires to cross ― a nuclear explosion was averted,” Robert McNamara, who was then the defense secretary, reportedly said.

In 1962, at the height of Cold War tensions, a guard at a U.S. Air Force facility in Minnesota sounded an alarm to alert nearby bases when he noticed a figure trying to climb over the security fence. At a national guard base in Wisconsin, however, the wrong alarm was activated due to a wiring issue, leading pilots there to believe World War III had begun.

Aircraft were already heading down the runway to hunt for potential Soviet attackers when a vehicle sped toward them with flashing lights to signal it had been a false alarm.

The intruder turned out to be a bear.

Russian naval officer Vasili Arkhipov is often remembered as the man who saved the world.

In October 1962, during the Cuban Missile Crisis, a tense standoff between the United States and Soviet Union, the U.S. Navy discovered a Russian submarine hiding in the Caribbean. Unbeknownst to the Americans, who began encircling it with depth charges, the sub was armed with a ready-to-launch nuclear torpedo.

The Soviets aboard the sub had lost touch with headquarters in Moscow. They were unsure of what the Americans wanted and feared a war had started. The submarine commander ordered the nuclear missile be prepared for launch, and his second-in-command approved the order.

But in order to fire the nuke, approval was required from all three senior officers, including Arkhipov ― who refused. This is not an attack, he reportedly argued, suggesting the Americans simply wanted to talk and meant no harm.

The Soviet sub rose to the surface, where it was met by a U.S. destroyer, and then headed back to Russia.

American nuclear bombers were readied and intercontinental ballistic missile crews went on high alert after NORAD computers communicated that a major Soviet attack on the U.S. was underway. Within minutes, when satellite data failed to confirm the supposed attack, it was deemed a false alarm.

It was later revealed that a technician had put an attack-scenario training tape into an operational computer by mistake, according to the Union of Concerned Scientists.

Soviet military officer Stanislav Petrov is another largely unsung hero who can be credited with preventing an erroneous retaliatory nuclear strike.

Early on Sept. 26, 1983, the Soviet Union’s early-warning system indicated an incoming attack from the U.S. involving numerous missiles. Petrov was on duty and was responsible for passing such alerts up the chain of command, but he decided it was a system malfunction and neglected to inform his superiors.

“All I had to do was to reach for the phone; to raise the direct line to our top commanders ― but I couldn’t move,” Petrov recalled during an interview with the BBC. “I felt like I was sitting on a hot frying pan.”

He knew that Soviet protocol was to retaliate with a nuclear strike, but Petrov’s doubts and fear of initiating WWIII left him frozen.

“Twenty-three minutes later I realized that nothing had happened. If there had been a real strike, then I would already know about it,” he told BBC. “It was such a relief.”

In 1995, a Russian early-warning system erroneously detected a U.S. ballistic missile launch off the coast of Norway. In fact, the launch was a Norwegian scientific rocket studying the aurora borealis.

The Russians, however, feared a major attack was about to unfold and went on high alert. Then-President Boris Yeltsin was preparing for a retaliatory strike when data came back from Russian satellites, indicating no other launches had occurred. The incident was then dismissed as a false alarm.

To read about several other close calls with nuclear weapons, check out the Union of Concerned Scientists’ list here.

For more on North Korea: 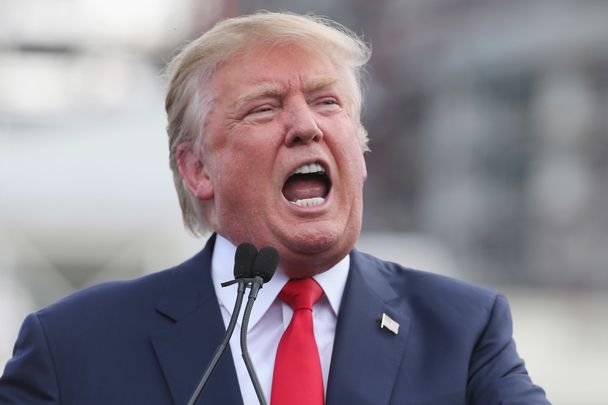 “North Korea best not make any more threats to the United States."
By Marina Fang
The Reaction 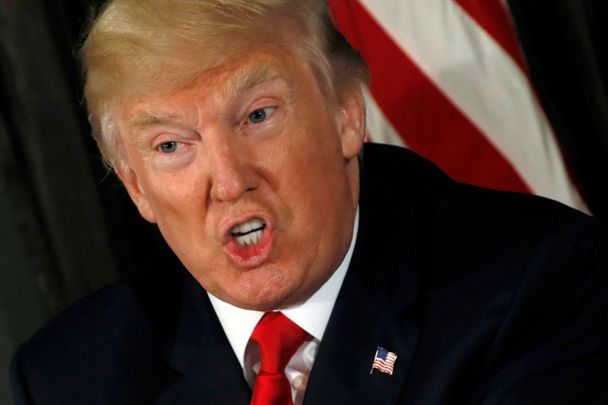 "That is about the stupidest and most dangerous statement I have ever heard an American president make."
By Matt Ferner
Rex Tillerson's Response 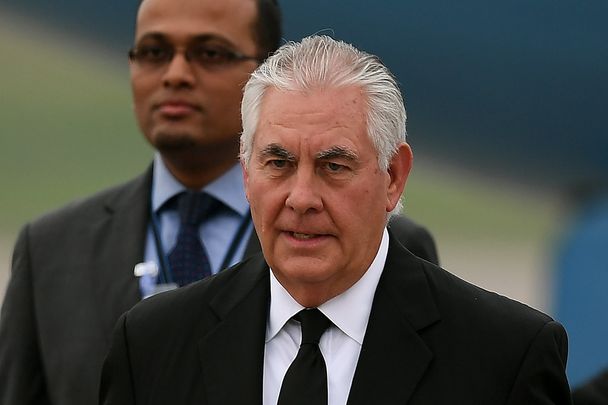 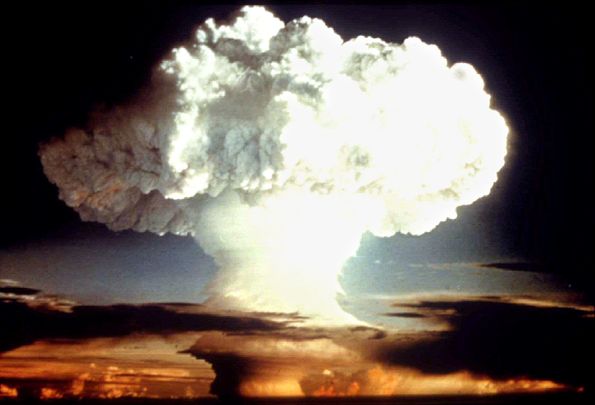 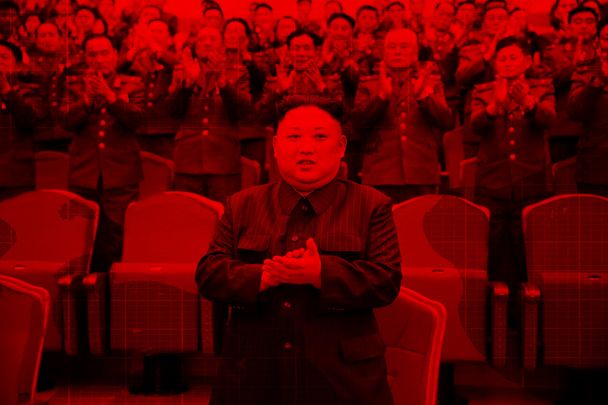 Here's what you need to know as tensions escalate between Washington and Pyongyang.
By Nick Visser,Jesselyn Cook
Inside The Tweet 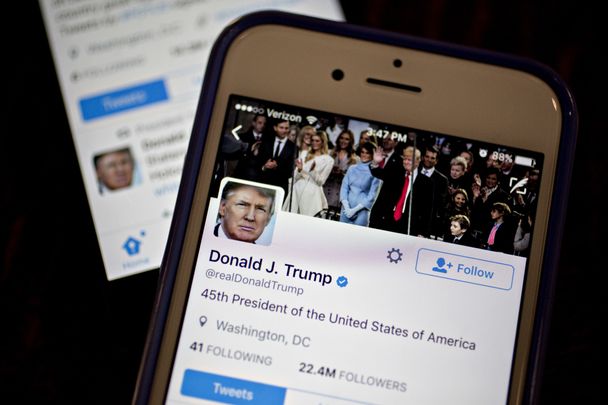 "Don't read too much into it."
By Paige Lavender
Are We Ready? 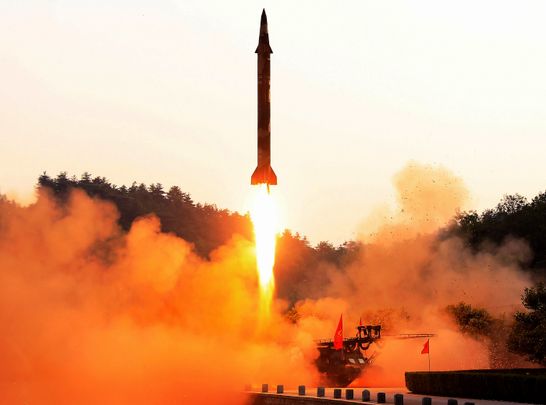 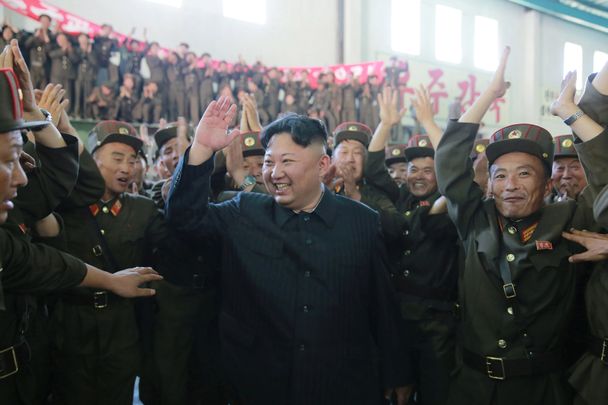 U.S. intelligence officials believe the country has passed a dangerous milestone in its nuclear program.
By Nick Robins-Early
Prisoner Release 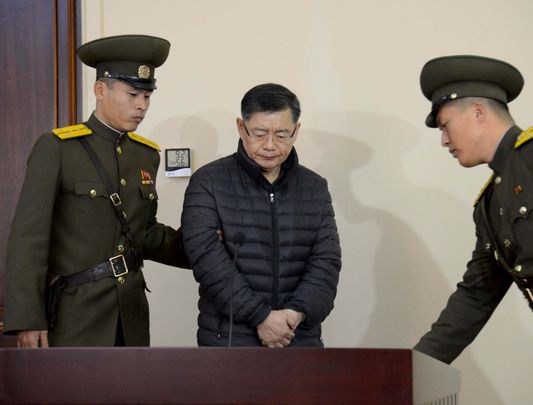