NEW YORK ― At least eight people were killed and 11 injured when a man drove a rented truck down a bike path in lower Manhattan on Tuesday.

Six of the people killed were confirmed to be foreign nationals. Five were from Argentina and one was from Belgium, according to those countries’ foreign ministries.

Two Americans were killed in the attack, said Daniel Nigro, commissioner of the New York City Fire Department, at a press conference Wednesday. The New York Police Department identified them as Darren Drake, 32, of New Jersey and Nicholas Cleves, 23, of New York.

#NYPD confirms identities of all 8 victims in Manhattan attack: pic.twitter.com/m6HR5HfIO6

“This was a heinous attack,” he said. “Our prayers are with the families of those who died and those who remain in the hospital.”

Argentina’s ministry of foreign affairs identified five victims as Diego Angelini, Ariel Erlij, Hernán Ferruchi, Hernán Mendoza and Alejandro Pagnucco. They were all from the city of Rosario and were in New York to celebrate the 30th anniversary of their high school graduation.

Ann-Laure Decadt, a Belgian mother of two, was riding along the bike path when she was struck and killed by the truck, said Francesco Vanderjeugd, mayor of the Belgian town of Staden.

“This loss is unbearable and impossible to grasp,” Alexander Naessens, her husband, said in a statement.

Here’s what we know so far about those killed: 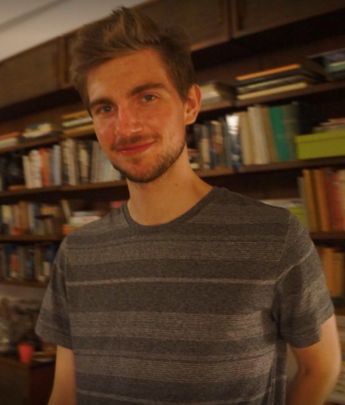 Facebook
Nicholas Cleves, a 23-year-old who lived in New York, died in the Tuesday attack, according to the NYPD. Cleves had been working as a software engineer after graduating from Skidmore College last year with a degree in computer science, according to his LinkedIn page. Previously, he attended Elisabeth Irwin High School in New York City.

His friend Bobby Carlton, whom he met at Skidmore, recalled how quickly they bonded.

"We instantly became friends, and he was someone who would come to my desk almost daily," often to chat about the latest technology or "Star Wars," Carlton wrote to HuffPost.

"He was someone that was always welcome in my home," he said, calling Cleves a "spectacular human being."

His employer remembered him as a smart, kind person whom he hired without hesitation.

"He was polite, funny, and, above all, considerate in action. He possessed a rare capacity for emotional IQ in an often-stoic professional milieu," wrote Alex T. Silverstein, the president of Unified Digital Group. "He was composed, accepting, and open to all. It pains me greatly to reflect that we can no longer experience his unique gifts. A growing light has been senselessly extinguished."
Darren Drake 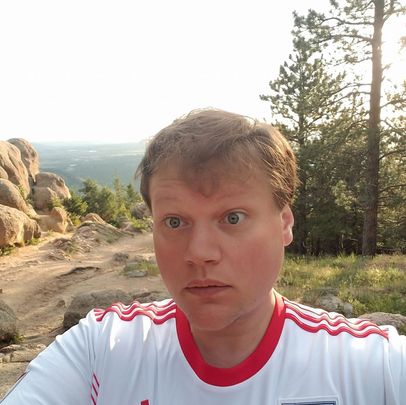 Facebook
Darren Drake, 32, was one of the bicyclists killed when the truck barreled down the bike path. He was a native of New Milford, New Jersey, where he once served as school board president.

“Darren was a good man with a soft touch and huge heart,” Michael A. Polizzi, superintendent of the New Milford Public School District, told HuffPost. Speaking of Drake’s role on the board of education, Polizzi said, “His decisions were always predicated on what he believed was in the best interest of students, their growth and well-being.”

Drake worked as a project manager at Moody's Investors Service at the World Trade Center and had been exercising between meetings at the time of the attack, Barbra Drake, his mother, told The New York Post.

"He was the most innocent, delicate kid in the world," James Drake, his father, told The Record. "Life was perfect for him."

Drake, whose birthday was coming up on Nov. 18, was an only child and very close to his parents, Drake’s cousin Marian Mattera told HuffPost by Facebook message. He had started riding a bike to get healthy and loved it so much he would ride in the rain.

“Darren Drake was an educated man, a funny man, a kind man,” Mattera said. “Just the other day [he] posted how he wanted to save a cricket in his apartment rather than kill it.”

Drake graduated from Rutgers in 2007 with a bachelor's degree in political science, according to the university.

"Darren was an exceptional graduate, a leader in his community, and had a bright future ahead of him," John Cramer, director of public relations at Rutgers University-New Brunswick, told HuffPost.
Ann-Laure Decadt 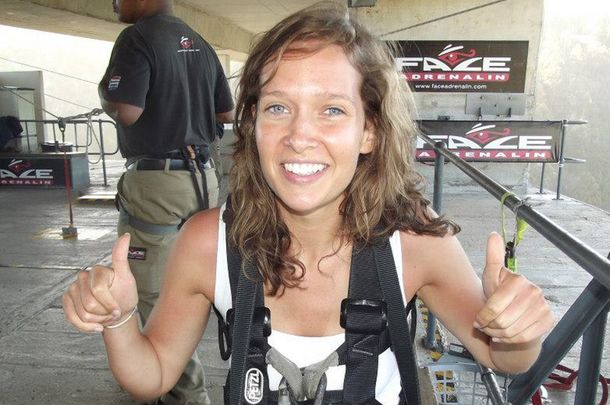 Facebook
Ann-Laure Decadt, a Belgian woman, was biking in lower Manhattan when she was fatally struck by the truck. She had been visiting New York with her mother and sister, who were unharmed in the attack. She is survived by her two sons -- a 3-year-old and a 3-month-old -- and her husband, Alexander Naessens.

“This loss is unbearable and impossible to grasp,” Naessens said in a statement. ”She was a fantastic wife and the most beautiful mother of our two sons.”
Ariel Erlij 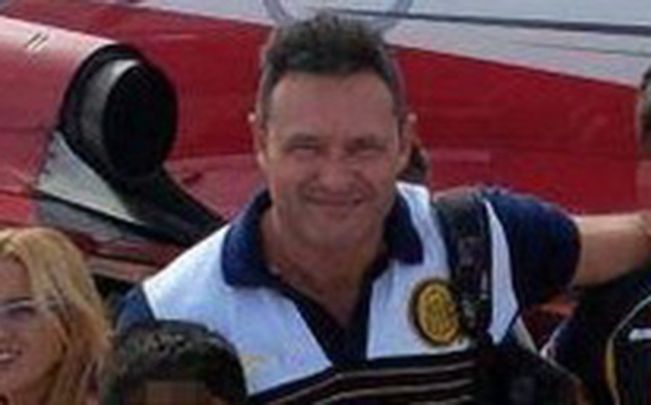 Handout
Ariel Erlij was one of five friends from the city of Rosario, Argentina, who died in Tuesday's attack after traveling to New York to celebrate the 30th anniversary of their high school graduation. A prominent local business owner of a steel mill company in Rosario, Erlij played a leading role in his friends’ reunion trip, organizing some trip details, designing matching shirts and even helping cover some flight costs, reports the Argentine national news outlet Clarin. He had three children and was a fan of local soccer team Rosario Central.
Hernán Ferruchi 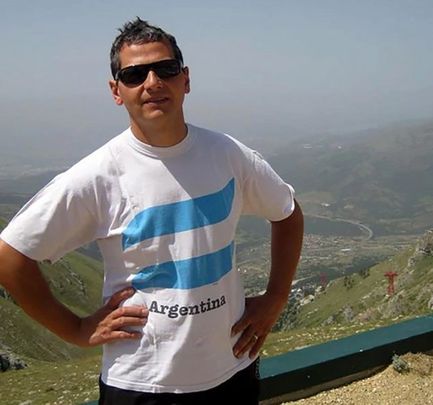 Handout
Hernán Ferruchi, an architect, was a member of the group from Rosario.
Diego Angelini 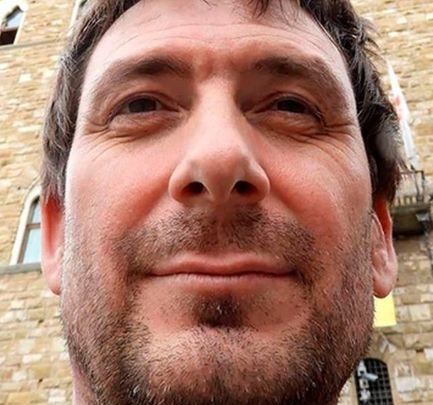 Handout
Diego Angelini was another one of the Argentine classmates.
Alejandro Pagnucco 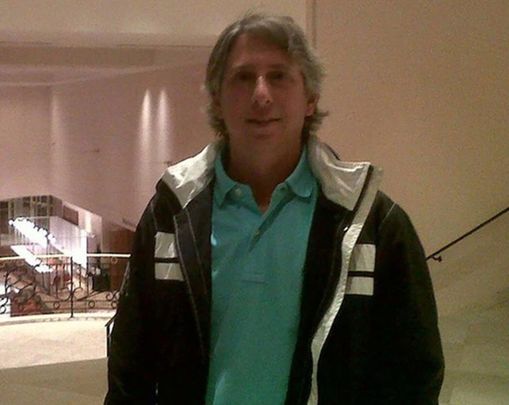 Handout
Alejandro Pagnucco was one of five Argentines who died in Tuesday's attack. The 49-year-old architect had three daughters, according to local news outlet Rosario3.

“Good student and son... always there when asked for favors... the guy was always there,” Gustavo Repizo, a friend of Pagnucco’s, posted on Facebook. “Until [the attacker] came... he didn’t care about your three beautiful daughters. Or your dear brothers.”

“He was a marvelous being,” Repizo wrote. “Picho... was a being of peace,” he added, using his friend’s nickname.
Hernan Mendoza 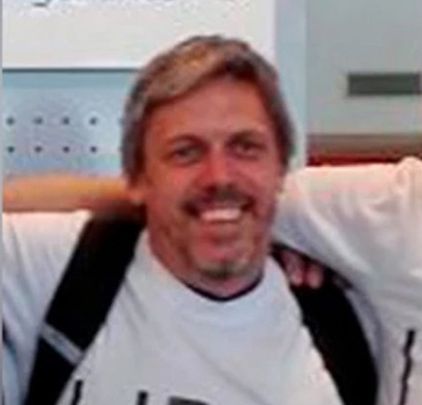 Handout
Hernan Mendoza, an architect and rugby fan, was also killed while traveling with his Argentine classmates.

Three other Belgians ― a mother, father and their son ― were also injured. The mother and father are in critical condition, Belgian news outlets reported.

The number of Belgians affected in the attack may be due to the fact that it’s a holiday week for many schools in Belgium. New York is a popular vacation destination for many Belgians this time of year.

A German national was also injured in the attack, the German foreign ministry confirmed to HuffPost.

Martin Marro, who reportedly lives in Newton, Massachusetts, and was one of the Argentine classmates visiting New York for the reunion, is recovering from his injuries at Presbyterian Hospital in Manhattan. Marro works as a biomedical researcher, according to The Associated Press.

Martín Ludovico Marro is injured and is at the NewYork–Presbyterian Hospital in Manhattan. pic.twitter.com/JtsMsb1UHD

Argentine President Mauricio Macri said he was “profoundly moved” by the loss of his fellow citizens.

“We place ourselves at the disposition of the families of the Argentinian victims,” Macri tweeted Tuesday.

Jorge Faurie, Argentina’s foreign affairs minister, expressed his condolences on Twitter late Tuesday, speaking of “this moment of profound and inexplicable pain to relatives and friends of our compatriots who died in New York.”

Authorities identified the suspect in custody as 29-year-old Uzbek immigrant Sayfullo Habibullaevic Saipov. Officials said Wednesday that he acted in the name of the self-described Islamic State and had been planning the attack for several weeks.

This story has been updated with information about Belgians injured in the attack.