I Was Clinically Dead For Two Minutes. This Is What I Saw.

Apart from the odd award or positive ranking, airlines rarely make the news for good reasons. Like banks and telcos we bash them whenever possible. And while Jetstar deserved criticism yesterday, I can't help but think we are often too quick to condemn those magnificent men and women in their flying machines.
28/04/2017 12:01 PM AEST

We Asked Australians What They Thought Of House Prices

How The Great Australian Dream Became A Total Nightmare

Hi, My Name's Australia, And I Have A Drinking Problem

It's Not Okay That You Forgot World Poetry Day

Jamie Whincup: Nutrition Is The Key To Success In Life

I Am Not The Host Of The Bachelor. Stop Sending Me Weird Requests

I always know when the US season starts because fired-up fans jump on my website, ignore the fact that there's a profile picture of a bald writer rather than a hirsute, white-toothed, TV host, and then pour their hearts out.
07/09/2016 11:56 AM AEST

We Interviewed This Pilot Upside Down, Because That's How He's Flying Across Australia

I Almost Bought An Italian Vineyard, But I Bottled It

At my desk at HuffPost, when the daily grind grinds or my boss yells at me to get a haircut, I often imagine a life of leisure in my wife’s fishing village, of buying a vineyard by the sea and making my very own Sauvignon Plonk. I call it the grape escape.
23/08/2016 1:27 PM AEST

There's Never Been A Better Time To Be A Postman

Australia’s 2016 general election will be decided by postal votes. In an era when innovation is the buzzword, the leader of that era will be decided by those who sharpened a pencil, licked an envelope and possibly spilt tea on the ballot paper.
03/07/2016 12:57 PM AEST

What Happens When 2000 People Spoon Together

For almost five minutes, although it felt like an eternity, we shook, clicked, wacked and did everything you can possibly do with a spoon without actually eating with it.
15/06/2016 4:06 PM AEST

A Mother Of A Job

In the delivery room of a hospital, as women become mothers, apparently the most common words uttered -- or shrieked, yelled and howled -- are "I'm never having sex again!"
06/05/2016 5:57 AM AEST

I Scare My Kids To Sleep

It had been ages since I'd read a fairytale, but my daughter is now old enough to get among them so I bought a big colourful collection (which, shamefully, attracted GST) and set about frightening the bejesus out of her.
06/04/2016 9:05 AM AEST

Should We Bite The Bullet Point And Kill Off Punctuation

In the USA, sorry, the U.S.A., they celebrate National Punctuation Day. Its official website bills the pedants' party (assuming there is more than one pedant) as "a chance to remind America that a semicolon is not a surgical procedure". This is both ironic and timely given that these days punctuation is a pain in the arse.
11/03/2016 9:58 AM AEDT

Yep, Qantas has just announced that from 2017 it will be flying phone booths around the skies, with trials of Skype and FaceTime to be part of "the world's best in-flight wi-fi experience".
24/02/2016 10:10 AM AEDT

The Spitting Image Of Sport

I loved the Australian Open. Not for the tennis, not for the spectacle, but for the fact that once a year the world's best players lob Down Under and prove that you don't have to spit to play sport.
02/02/2016 5:10 AM AEDT

Don't Tell Me You Wouldn't Quit Your Job

According to random research I just conducted in a coffee queue, "What would you do if you won the lottery?" is the most commonly asked question among colleagues.
14/01/2016 11:06 AM AEDT 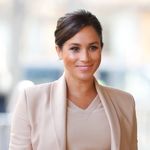 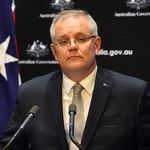 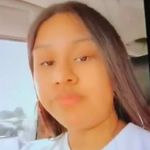 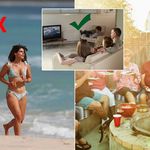 Coronavirus In Australia: What Easter Will Look Like This Year 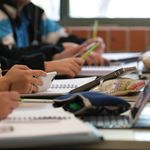 Coronavirus In Australia: What Term 2 Of School Will Look Like 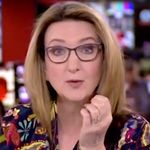 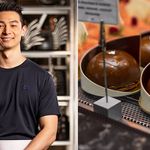 Why MasterChef's Reynold Has Reopened Restaurants Amid Covid-19 Restrictions

‘Donald Trump Has Blood On His Hands’: NYC Official Lashes Out After Mum’s Death 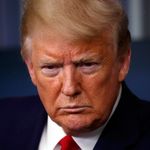 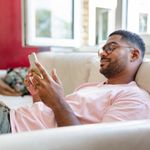