Dr John Coyne is director of the border security program at the Australian Strategic Policy Institute. He previously worked for the Australian Federal Police on transnational organised crime and counterterrorism.

China Has A Role To Play In Our National Ice Strategy

To have a lasting impact on the availability of ice, the Australian Federal Police will now need to pursue less tangible, but more complex and difficult strategies focused on addressing the diversion of drugs and precursors in the Chinese chemical and pharmaceutical industry.
03/03/2016 5:50 AM AEDT

Does Racial Profiling Exist In Australia?

It's a truism that, regardless of your position on the issue, writing about racial profiling and law enforcement is controversial. One colleague recently went so far as to describe it to me as career suicide. But it's the very fact that racial profiling is an emotional topic which drives the need for more informed public debate and dialogue on its application in border security.
27/01/2016 5:06 AM AEDT

The Winners And Losers Of Indonesia's War On Terror

Last week's attack serves as an indicator that the effectiveness of the Indonesian counter-terrorism intelligence, surveillance and reconnaissance framework may be degraded in the face of the current terrorism trends.
19/01/2016 5:09 AM AEDT

Heroin Use Could Be Making A Comeback

In Australia's popular culture, what celebrities do and what happens in the UK and US are important. And if this is true for Gen Y Australians, then increased heroin use shouldn't be a surprise.
06/01/2016 6:55 AM AEDT

Next year's United Nation's General Assembly Special Session on the World Drug Problem is, by UN standards, set to be controversial. But it is unlikely to be the game changer in global drug policy that some are seeking.
22/12/2015 5:28 AM AEDT

The Security Implications Of Efficiency Dividends

The number of Australian police operating overseas is rapidly reducing due to the continuous erosion of the Australian Federal Police's budget by bureaucratic demands for financial efficiency dividends. This is likely to have short and long-term security implications for Australians abroad and at home.
14/12/2015 3:41 PM AEDT

One of the first lessons from the Paris attacks for Australian policy makers is that, in light of a rising domestic terror threat, our active shooter police response capability needs to be rapidly enhanced.
19/11/2015 6:48 AM AEDT

The Risky Business Of Border Security

Securing a nation's borders, in an absolute sense, is at best an aspirational goal. Even if it were possible to check every package and every person entering and leaving Australia, the economic impacts of doing so would be catastrophic.
11/11/2015 5:47 AM AEDT

For our Gen Y jihadists the seed of terrorism and extremism is more often than not planted through online grooming. Radicalisation takes place so quickly now: from online exploration to attack. To systematically counter this we need to understand the trigger points for change.
26/10/2015 6:03 AM AEDT

This issue is different from Nauru: these people are in Australia and most are on track to eventually become Australian citizens. The Turnbull Government just might be the one to sort out the mess and put 30,000 people's minds at rest.
12/10/2015 5:20 AM AEDT

What Are We Going To Do About Ice?

Mandatory minimum sentences for drug offences give the community and its leaders a sense of getting tough on drugs. But put bluntly, there is no evidence that they have any impact on the availability of drugs in our streets.
24/09/2015 9:01 AM AEST

The New Norm In Australia Is A High Terror Threat Level

If the current cohort of Australia foreign fighters return home in large numbers we're in trouble: our law enforcement and security agencies lack the resources and legal policy settings to mitigate the threat of an attack on home soil.
17/09/2015 6:13 AM AEST 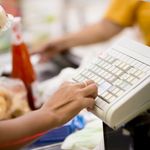 I Had To Get A Job At The Grocery Store In My Affluent Town. Here's What I Learned. 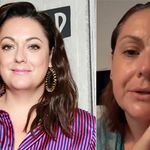 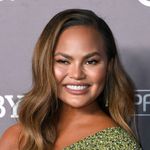 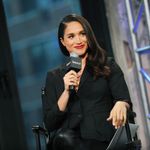 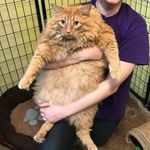 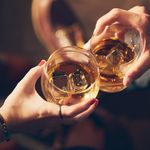 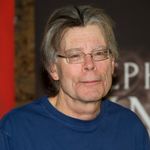 Stephen King On #OscarsSoWhite: ‘I Would Never Consider Diversity In Matters Of Art’ 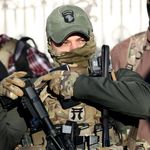 Chefs Reveal The Best Foods To Make In An Instant Pot 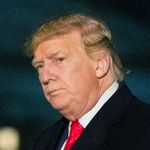 Ahead Of Arguments, Trump's Legal Team Asserts He Did 'Absolutely Nothing Wrong'