Katerina Cosgrove has owned bookshop-cafes and taught Writing at the University of Technology, where she was awarded her BA (Honours) and Doctorate in Creative Arts. She is the author of two novels, The Glass Heart (HarperCollins, 2000) and Bone Ash Sky (Hardie Grant, Australia, UK, 2013). Her novella, Intimate Distance, was one of the winners of the Griffith Review/CAL Novella Prize in 2012 and published by TEXT. <br> <br> Katerina has appeared on ABC and BBC TV and written articles for The Age, The Australian, and Australian Author, won prizes for her short stories and been awarded grants for her writing. She judged the NIB Literary Award in 2014 and again in 2015. <br> <br> Katerina's online obituary writing service is called <a href="http://livelifetwice.com/obituary-writing-service" rel="nofollow">http://livelifetwice.com/obituary-writing-service</a> <br> <br> Katerina lives on Sydney’s Northern Beaches with her husband, daughter and an enormous dog. For more information, visit her at www.katerinacosgrove.com or www.facebook/AuthorCosgrove

You Already Have A Bikini Body

The Western Version Of Yoga Has Sold Its Soul

The Honest Reason We Tell Lies

We've all told numerous fibs, 'white' lies of convenience to defuse awkward situations, protect people, and spare the feelings of friends. But beneath all that, why do we really do it?
01/10/2016 8:25 AM AEST

I remember arriving in London in 2013 and making a beeline with my daughter for Gap, Zara and H&M to gorge on dirt-cheap fast fashion. I knew no better. Now I do. Now I ask myself one question before I buy. Where are my clothes coming from? A straightforward question, with huge and complex ramifications.
07/09/2016 5:40 AM AEST

You Deserve A Medal If You Don't Reward Your Kids

I tend to pile on praise with a trowel, for my daughter, my husband, the dog, myself. So imagine my discomfort when confronted by a huge body of research, spanning decades, which posits the theory that praise and rewards are just as detrimental to children and adults as punishment.
27/07/2016 10:29 AM AEST

Kissing Leaves A Bad Taste In My Mouth

There's Not A Single Thing Wrong With Only Wanting One Child

Since the birth of our daughter in 2005, my husband and I have never once seriously discussed having another. Tacitly, deeply, we both realised one was enough for us. And this begs the question: Why?
02/06/2016 9:12 AM AEST

We Need To Pause And Talk About Menopause

We Need To Talk About Periods

In workplaces, schools and universities, there is still a sense of covertness to this fact of life, even a lingering sense of shame. We are well-versed in hiding the telltale signs, clutching the tampon or pad in our fist or handbag while we scurry to the toilet. I still wear black on my heaviest day, terrified of the accidental smear.
05/03/2016 6:21 AM AEDT

I Can't Sleep With My Husband

In our house we now have many beds, some king-sized, others single, and we swap and change according to weather, mood, snoring level and tolerance.
29/01/2016 2:45 PM AEDT

Life Is Too Short Not To Write Your Own Obituary

I'm a writer. I've written lots of stories over the years, real and imagined. But the process of writing my own obituary has proven to be the most profound narrative I've ever attempted.
17/01/2016 6:48 AM AEDT

My Love Affair With Ocean Pools

I'm one of those crazy people who swim every single day, even through the winter. I first learned that I could actually do it, that my body wouldn't protest, that I could in fact swim on cold days and not catch the flu or die of hypothermia, from a group of women and men ranging from their sixties to their nineties at Avalon ocean pool.
19/12/2015 6:38 AM AEDT

Removing Your Ego From Your Art

When I get my ego out of my art I can experience the freedom of non-attachment to outcome. When I approach the empty page as if I've never done this before, I can access the simple vastness of not-knowing. And not caring too much about it, either.
26/11/2015 5:01 AM AEDT

My Dog Is My Guru

I could argue that any pet doesn't really belong to us. They are sentient beings, with mind and heart and agency, so to think of them as belongings, like a new car or computer, is to flirt with a slavery mentality.
08/11/2015 6:22 AM AEDT

Why I Stopped Hiding My Grey Hair

What does it mean to be grey for a woman? In our culture, it generally means old or well past their prime. For men, the clichés still hold water; distinguished, suave, sexy, a silver fox.
18/10/2015 5:53 AM AEDT

Death Is Not A Dirty Word

There is a denial of death in our culture. It is sanitised, smoothed over, preferably happening to someone else, over there. In the postmodern, affluent West, we don't see people die, wash their bodies, dress them lovingly, and watch over them for a day and night in our homes
27/09/2015 6:38 AM AEST

One Precious Human Life: My Encounter With Syria

Are we able to sacrifice our comfort for a fellow human being? I ask myself as much as I ask you. If we can save one precious human life, then that may be enough, for now.
07/09/2015 9:32 AM AEST

Ram Dass, the Western spiritual teacher, refers to it as 'this energy transformation dance called dying'. If I'd approached it in that way when I was diagnosed with melanoma in 2009, I wouldn't have been so paralysed by fear.
28/08/2015 10:28 AM AEST 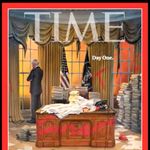 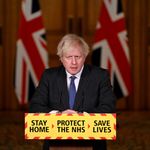 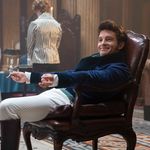 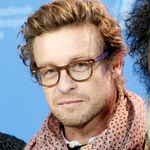 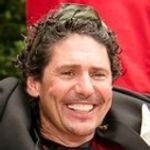 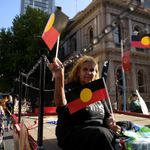 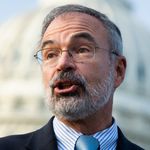 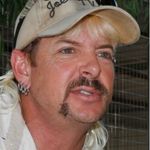 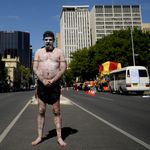