How Melissa Joan Hart Really Feels About The New ‘Sabrina’

Here Are The 2018 SAG Awards Winners

Here Are Your 2017 Emmy Award Winners

Here's The Complete List Of Winners At The 2017 MTV VMAs

Chester Bennington had been on the road this month, performing big shows with Linkin Park less than two weeks before he was
21/07/2017 7:57 AM AEST

Remember those reports from earlier this year about “The Big Bang Theory” stars taking pay cuts so their co-stars could get
13/05/2017 5:25 AM AEST 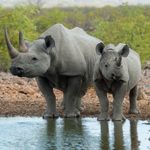