The Arkansas senator blocked Barack Obama's pick in 2016 because he claimed to believe then that voters should first choose their next president.
21/09/2020 3:38 PM AEST

Infamous self-own captured on film during questioning over fraud accusations against Trump University.
21/09/2020 8:07 AM AEST

Trump Instigates 'Lock Him Up' Chant For Obama At Rally

The president egged on supporters and repeated his baseless claim that the former president "spied" on his campaign.
15/09/2020 7:27 AM AEST

Trump Orders Reporter To Remove His Mask At Press Briefing

"You're going to have to take that off," the US president told Jeff Mason. The Reuters White House correspondent refused.
08/09/2020 5:05 PM AEST

He "shopped" for something nice to bring to Washington instead of attending a commemoration at the Aisne-Marne American Cemetery of war heroes.
08/09/2020 7:32 AM AEST

Fox Is So Rattled By Trump Military Story That It Confirms, Debunks, Then Reconfirms It

The blow from the Trump-supporting cable news operation hits particularly hard.
07/09/2020 9:48 AM AEST

US Sheriff Resigns After He's Caught On Tape In Racist Tirade

Todd Wright resigned after a local newspaper identified his voice in a recording that went viral earlier this year.
31/08/2020 8:46 AM AEST

The president called Mary Trump "unstable" and said she was “rightfully shunned, scorned and mocked her entire life".
31/08/2020 8:44 AM AEST

"What do you mean she's breathing?" the woman's stunned mother asked officials, hours after she was told her daughter had died.
25/08/2020 4:42 PM AEST

Trump 'Has No Principles' And 'You Can't Trust Him,' His Sister Reportedly Said On Tape

Because the Democratic nominee moved out as a child, he really wasn't born in Scranton, the US president told a perplexed Pennsylvania crowd.
21/08/2020 3:43 PM AEST

NBA Boots Photographer After He Post Sexist Meme About Harris

Bill Baptist apologised, saying he posted it as a "sample" of reaction to Harris being chosen as Joe Biden's running mate.
17/08/2020 5:37 PM AEST

US President Trump refused to respond to a question about his "false statement" and instead abruptly ended his press conference and walked out.
10/08/2020 10:28 AM AEST 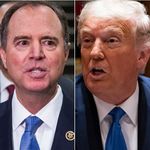