Sanjana is a HuffPost reporter based in Washington, D.C. She currently covers breaking news and politics, and previously wrote for the AP in her native city Chicago. You can reach her at sanjana.karanth@huffpost.com or on Twitter at @sanjanakaranth.

The US president reportedly cut his interview short with Lesley Stahl before criticising her online and threatening to release footage prior to airtime.
21/10/2020 3:00 PM AEDT

Fauci Confirms White House Is Controlling When He Speaks To Media

The US's top infectious disease expert gives his bluntest interview yet about the rising tensions between him and President Donald Trump's administration.
19/10/2020 4:20 PM AEDT

“Don’t let it dominate your life,” says the man with free health care whose botched COVID-19 response ensured the virus would dominate our lives.
06/10/2020 1:03 PM AEDT

Press secretary Kayleigh McEnany dodged when reporters pressed her to say unequivocally that the president condemns far-right extremism.
02/10/2020 7:21 AM AEST

Stephanie Winston Wolkoff, the first lady's longtime confidant, has written a book full of allegations about the president's wife.
04/09/2020 8:52 AM AEST

The president denied something that was never reported ― that he abruptly visited the hospital in November due to a series of mini-strokes.
02/09/2020 10:26 AM AEST

The franchise-wide protest comes in response to the recent police shooting of Jacob Blake, a Black man, which has resulted in days of unrest in Wisconsin.
27/08/2020 8:15 AM AEST

The move by the political evangelical leader and Trump loyalist comes after reports about his sex life led him to take a leave of absence from the school.
25/08/2020 8:54 AM AEST

Everything We Know About The 2020 Republican National Convention

Coronavirus Death Toll Reaches 50,000 In US

The bleak milestone comes as several states grapple with when and how to best reopen their economies in a way that won't cause a spike in infections.
27/04/2020 10:40 AM AEST

The US president's enabling response to the anti-safety protesters echoed his handling of the 2017 violent white supremacist rally in Charlottesville, Virginia.
20/04/2020 2:48 PM AEST

The US president attacked two different journalists who read his own quote back to him.
30/03/2020 1:13 PM AEDT

The president has repeatedly downplayed and even lied about COVID-19, leaving health officials to counter his misinformation.
12/03/2020 4:20 PM AEDT

US Politicians Self-Quarantine After Interacting With Coronavirus Patient At Conference

Senator Ted Cruz and Rep. Paul Gosar said they aren't experiencing symptoms, but will still self-quarantine until 14 days have passed since the interaction at the conference.
10/03/2020 7:51 AM AEDT

Trump Doubles Down On Threats To Strike Iranian Cultural Sites

Destroying cultural property during armed conflict is considered a war crime under international law, one the U.S. has decried in the past.
07/01/2020 7:48 AM AEDT

The Georgia congressman said he will continue to serve as he begins his plan for treatment.
30/12/2019 2:36 PM AEDT

Diplomats Bill Taylor and George Kent were the first two witnesses to publicly testify in the House's impeachment investigation into President Donald Trump
15/11/2019 7:49 AM AEDT 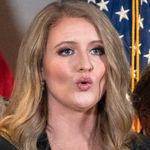 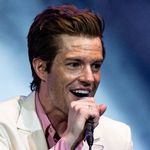 Turns Out The Pandemic’s ‘Silver Lining’ Was Virtually Meaningless 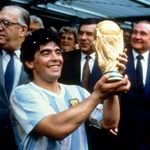 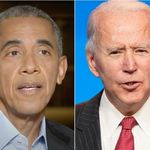 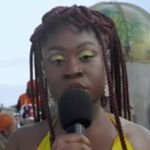 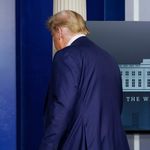 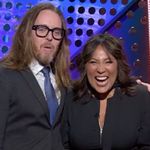 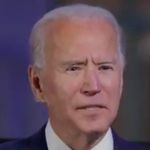