Shirish Dáte is a senior White House correspondent at HuffPost. He's the author of five novels and two political biographies, including one of former Florida Governor Jeb Bush. He has been a journalist for three decades at the Associated Press, the Palm Beach Post, National Journal and NPR. Between Florida and Washington, D.C., were two years and 15,000 ocean miles aboard a 44-foot cutter with his two sons, as they sailed across the Atlantic, through the Mediterranean and back via the Caribbean.

Trump had nothing on his schedule until mid-afternoon Thursday – as Barack Obama was about to take the stage at the civil rights leader’s memorial service.
31/07/2020 10:14 AM AEST

Running For Reelection, Trump Talks Like He’s Running For President Of The Confederacy

Why pander to the "heritage" of a rebellion started solely to defend the right to own Black people as slaves? Critics say it’s simple: He’s a racist.
26/06/2020 12:29 PM AEST

Trump's Hoax: Obama Didn't Predict This Coronavirus And Design A Test For It

Trump has all kinds of excuses for his failures, including attacking his predecessor for not making a test for a disease that wouldn’t come to pass for three years
22/04/2020 2:21 PM AEST

He bankrupted casinos but sold voters on his business acumen anyway. Now he needs America to forget he downplayed coronavirus for two months.
01/04/2020 11:03 AM AEDT

Trump has so far downplayed the coronavirus threat and accused Democrats and the news media of trying to hurt the stock market and his reelection chances.
27/02/2020 4:44 PM AEDT

The president's latest trip to his Palm Beach resort and nearby golf course brings the taxpayer-funded total for his golfing hobby to $194.2 million.
03/02/2020 10:32 AM AEDT

Trump criticised predecessor Barack Obama for spending too much time playing golf — but is on track to pass Obama’s eight-year total in just four years.
24/12/2019 9:10 AM AEDT

The US president often boasts of donating his White House pay, but taxpayers are shelling out much larger sums for his hobby.
28/11/2019 10:08 AM AEDT

With ‘No Quid Pro Quo’ Defense Shredded, Trump Left With ‘I Can Do Whatever I Want’

His fallback argument is that presidents have full authority to shape foreign policy, even to help their own campaigns.
21/11/2019 2:02 PM AEDT

President Donald Trump made the decision to hold the summit somewhere else instead of his Miami resort in response to mounting criticism.
20/10/2019 8:40 PM AEDT

In Turkey Vs. Kurds Dispute, Trump Chooses The Side Where He Has A Condo Complex

The administration is letting Turkey move into northern Syria to wipe out the Kurds, who have long fought Islamic State terrorism alongside the US.
08/10/2019 11:35 AM AEDT

The crime is narrowly defined as taking up arms against the United States or giving “aid and comfort” to the enemy. Not the whistleblower, his sources, or Schiff have done that.
01/10/2019 8:32 AM AEST

But the "nonpolitical" National Mall event’s tepid turnout is likely to trigger fresh anger from the criticism-sensitive Trump.
05/07/2019 8:14 PM AEST

But first he managed to insult and attack just about everyone at the G-20 summit who could help him defuse the tensions with Iran he created in the first place.
28/06/2019 8:46 PM AEST

The president refused to visit the capital, Dublin, and instead insisted that the prime minister meet him at or near his Doonbeg golf course on the Atlantic Coast.
06/06/2019 8:03 PM AEST

Orbán has attacked the judiciary, taken over the free press and led anti-Semitic assaults, including against a major university, but Trump praised him lavishly.
14/05/2019 9:53 PM AEST

Trump Visits Iraq, His First Trip To A Combat Zone In His Life

The president who avoided service in Vietnam because of bone spurs had come under increasing criticism for nearly finishing his second year in office without traveling to Iraq or Afghanistan.
27/12/2018 6:24 AM AEDT

Trump Says He Has ‘Obliterated’ ISIS. The Terror Group Seems Not To Have Noticed.

WASHINGTON ― While President Donald Trump claims he has “eradicated,” “wiped out” and even “absolutely obliterated” ISIS
20/08/2018 11:26 PM AEST

WASHINGTON ― Forty times President Donald Trump has posted statements on Twitter asserting “NO COLLUSION” with Russia during
06/08/2018 6:38 AM AEST 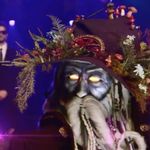 The Masked Singer Australia Clues: Who Is The Wizard? 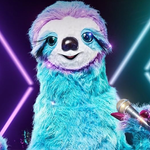 The Masked Singer Australia Clues: Who Is The Sloth? 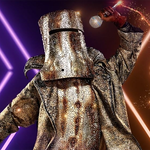 The Masked Singer Australia Clues: Who Is The Bushranger? 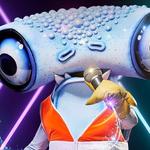 The Masked Singer Australia Clues: Who Is The Hammerhead? 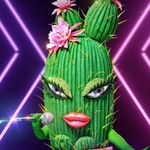 The Masked Singer Australia Clues: Who Is The Cactus? 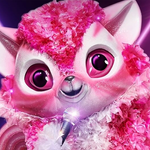 The Masked Singer Australia Clues: Who Is The Kitten? 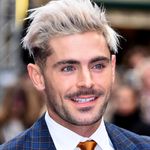 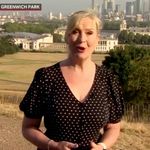 Weather Presenter's Unfortunate Slip Of The Tongue Has Viewers In Hysterics 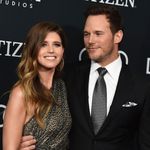