Knowledge makes the world go round. And my own odyssey around the world of knowledge, hopefully, can give birth to a "Science Spring" in the Middle East by completing a circle that began 70 years ago. That circle of destiny has taken me from the Nile Delta that was once the premier center of learning in its time to that foremost temple of science in today's world, the California Institute of Technology, or Caltech, to being awarded the Nobel Prize, and back to Egypt where we are creating a Caltech for the Middle East -- the Zewail City of Science and Technology.

I was born in Damanhur, Egypt and raised in a land of civilization and advanced knowledge from another era that, during the time of Ptolemy, spawned the Library of Alexandria and museum and educational center -- that ancient beacon of learning believed to be tragically extinguished by the Roman conquerors. I spent my childhood in the city of Desuq, not far from where the Rosetta Stone was discovered. Egypt was also the home of the first university in the "modern world," Al-Azhar, which was established in 970-972 A.D., and Cairo University, which was established a century ago. 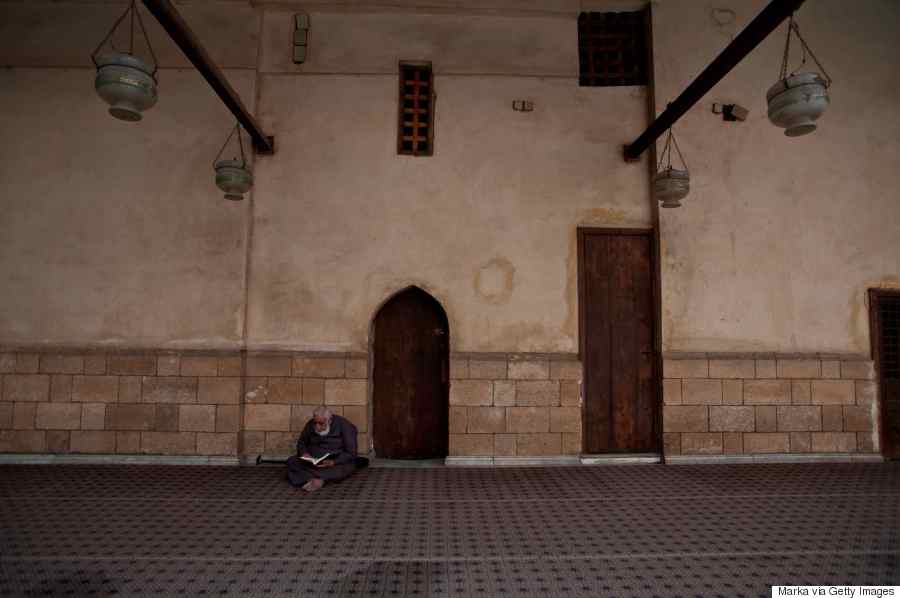 When I attended Alexandria University in the 1960s, my education reflected these traditions and, indeed, was superb. But in the last 50 years, education, as well as research and development, have starkly eroded because of the negligence by high-level administrations in the Egyptian government. Sadly, Egypt's education ranking among nations today is not even in the top 100, according to the U.N.. Yet Egypt, with its youthful population of 90 million could, and should, be a leader in the region.

When I arrived at Caltech as an assistant professor in the 1970s, the U.S. was, as it remains today, the world scientific leader -- in no small measure due to the contributions of the California Institute of Technology and other similar institutions. The extraordinary power of intellect at Caltech was evident in the presence on campus of its Nobel laureates: Richard Feynman, Murray Gell-Mann, Roger Sperry, Carl Anderson and more. For example, Maarten Schmidt discovered quasars, the Richter scale was invented here and the age of the Earth was determined here by Clair Patterson. Caltech graduates include Gordon Moore, William Shockley, Charles Townes and Linus Pauling.

Egypt was and still is the leader of the Arab world. Its next revolution in education and culture will trigger major changes in other Arab countries.

It is no exaggeration to say then, as now, that Caltech is among the world's foremost incubators of scientific progress. Its uniquely supportive environment for basic research enabled me and my research team to discover how to record atomic-scale events with a time resolution of a millionth of a billionth of a second -- a femtosecond -- a development for which I was awarded the Nobel Prize in 1999. Caltech in my post-Nobel career enabled us to develop a new field, dubbed "4D Electron Microscopy," that transforms resolutions in both space and time, thus visualizing atomic structures in space -- nanometer or less -- and in time -- femtosecond -- and potentially the attosecond. Caltech's "coordinates for such success" has three components: The sky is the limit, curiosity-driven research is appreciated and the intellectual and technical support is abundant.

From my first days at Caltech, I dreamt of creating such an institution in my mother country, which would become the foundation for social progress that the scientific mind has bequeathed to the advanced Western countries. The Nobel Prize was my calling card.

As a result of the Nobel Prize I not only attained scientific tenure at Caltech, but was also promoted, in effect, to being a "citizen of the world" with the obligation to become a custodian and ambassador of the value of reason. Over the years I was invited and agreed to be a member of President Barack Obama's Council of Advisors on Science and Technology; Egyptian President Abdel Fattah el-Sisi's advisory council; and U.N. Secretary-General Ban Ki-moon's board member. I was also the first United States science envoy to the Middle East. 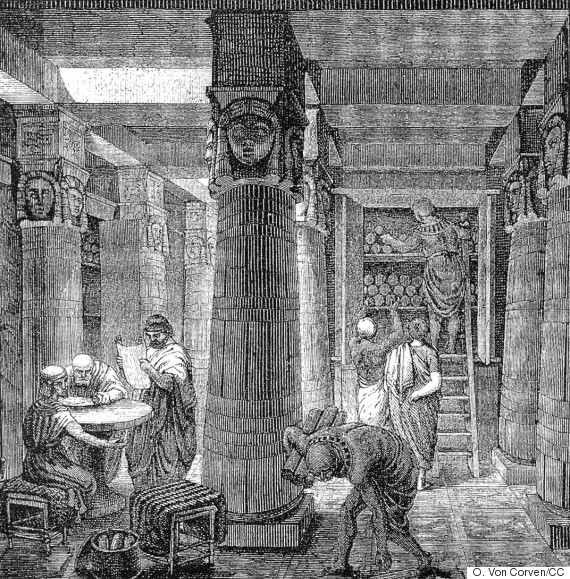 Artistic rendering of the Library of Alexandria. (O. Von Corven/CC)

A Caltech for the Middle East

In this world affairs role, above all, my energy and determination has been focused on the establishment of a knowledge city for science and technology in Egypt, with the hope it would one day become the Caltech of the Middle East. Building a modern science base in Egypt is work on the ground that requires patience, persistence and influence. The goal is to have Egypt participate in the "knowledge economy" of the world and acquire a new status in R&D and education with pride that, in my view, will facilitate the peace process in the Middle East.

The concept of the city project was outlined in 1999 to the then-president of Egypt, Hosni Mubarak. For years, the project stalled in the stagnation of those lost years. After the revolution of January 2011, however, the project was revived. The Egyptian government decreed its establishment as the "National Project for scientific Renaissance," naming it Zewail City of Science and Technology. The city was inaugurated in November 2011 on a campus on the outskirts of Cairo.

Zewail City is unique in several respects. First, in an unprecedented way -- certainly in Egypt -- the city is supported by donations from the Egyptian people and from the government. The president has ordered the Army Engineering Authority to be responsible for the construction of the new campus on 200 acres. Second, the city has its own special law, granted in 2012, which allows for independent governance by the board of trustees. Third, the city comprises three interactive substructures: the university, the research institutes and the technology pyramid, designed to enable world-class education, scientific research and industrial impact. The goal is to build a modern science base with an advanced industry sector but, as importantly, to limit the brain drain in these advanced fields of science and engineering.

My dream is that 40 years from now, the terrible carnage now wracking the Middle East will give way to building and utilizing knowledge for the betterment of humankind.

The prime purpose of the university is to attract talented students from all over the country and to offer them unique academic curricula that are tailored to provide knowledge in cutting-edge fields of science and engineering. The new concept here is the departure from traditional departments with walls separating disciplines. Rather, all students have the opportunity to learn in a multidisciplinary, or transdisciplinary, system. In its first year of operation, 6,000 students applied for admission and 300 were admitted --a 5 percent admission rate that is on par with Harvard and Yale.

The second branch of the city, the research institutes, houses centers in fields at the forefront of science and engineering. Priority is given to research particularly pertinent to national needs. The scope of research is broad, from biomedical sciences, which are important for alleviating diseases in the region, to R&D in areas such as solar energy -- an alternative source abundant in Egypt. At present, we have seven centers of research in fundamental physics, materials science, nanotechnology, imaging and biomedical sciences, among others. The last substructure is the technology pyramid, whose purpose is to transfer the output of the research institutes to industrial applications, to initiate incubators and spin-off companies and to attract major international corporations.

Egypt was and still is the leader of the Arab world. Its next revolution in education and culture will trigger major changes in other Arab countries. Even though this leadership role has slipped over the past three decades, Egypt still has the history and the foundation, not to mention the population and institutions, to become the trailblazer of the necessary transformation. 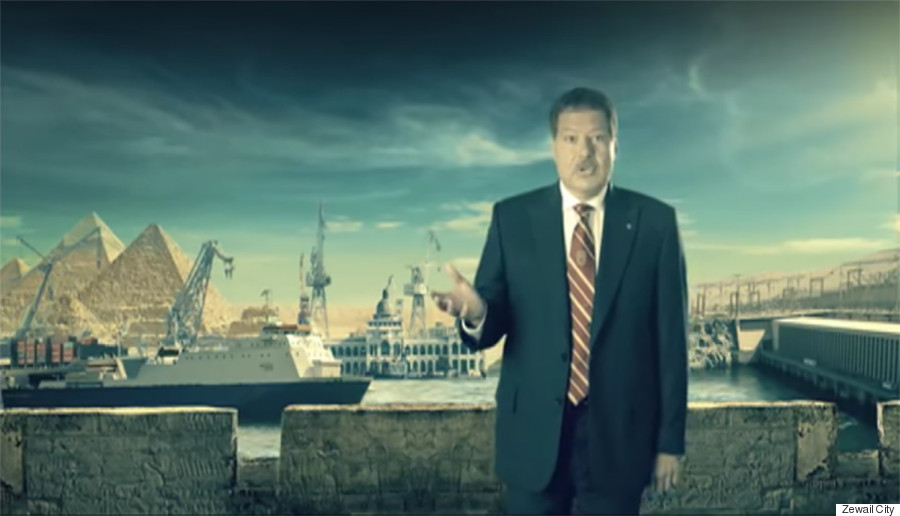 Ahmed Zewail in a video about the scientific renaissance. (Zewail City/YouTube).

The hope is that the political awakening already in motion in the region will support a successful "Science Spring" that sweeps the Middle East and enables the building of a knowledge society. Knowledge acquisition is a concept that is woven into the fabric of Islam and was the springboard of success of its empire centuries ago. But to regain prominence in today's world, the belief in the pursuit of knowledge as a core goal must be regenerated. That cultural transformation is the ultimate aim of Zewail City.

Recently, Caltech celebrated my 40 years of global services in science and world affairs with a conference on "Science and Society" that included a wide range of speakers, from the great biochemist, Nobel Laureate and former President of Caltech, David Baltimore, to Charles Elachi, the director of the Jet Propulsion Laboratory, who has been most responsible for the rover expeditions to Mars and for satellite probes reaching the far limits of our solar system.

My dream is that 40 years from now, the terrible carnage now wracking the Middle East will give way to building and utilizing knowledge for the betterment of humankind. For Egypt, it would be a return to its civilizational roots as a world center of learning. For me, it would complete the circle of my personal destiny.