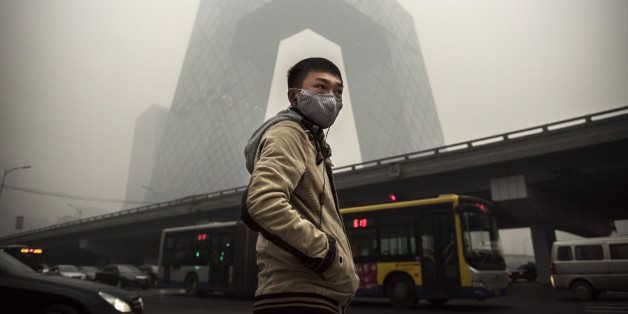 BEIJING -- With the conclusion of the Millennium Development Goals in 2015, the international community has now adopted an even more expansive set of Sustainable Development Goals for the future. The SDGs aim not only to end extreme poverty and reduce inequality but to do so in a way that is environmentally sustainable.

One of the Sustainable Development Goals is to ensure that our climate itself can sustain life into the future. Five years after Copenhagen, we see today an unprecedented global effort to secure a successful outcome for the global climate summit to be held in Paris this December. Much progress has been made. But much more still needs to be done. It will also require a deep attitudinal change for all countries on the core, underlying question of sustainable development.

Much has happened since Copenhagen. Many governments, including the United States, China, India and the European Union, are working hard to forge agreements to help prevent a global temperature increase of more than 2 degrees Celsius. The focus is two-fold: on securing voluntary emissions reduction commitments from all significant economies and on funding climate change adaptation in the poorest and most vulnerable countries.

To this end, President Xi Jinping pledged last week in Washington that China would establish a cap-and-trade carbon pricing system by 2017 and would commit $3.1 billion in aid to developing nations to deal with climate change.

However, much, much more remains to be done.

Beyond the formal negotiations in preparation for Paris, parallel emphasis is also now needed on the "softer" components of sustainable development and climate change mitigation. These include the behavioral patterns of individuals and firms. In part this relates to policy prescriptions on carbon regulation and carbon pricing. But it also includes simple but effective public education on the impact of discretionary decisions by individuals on the natural environment, and how that behavior can change. This is not just a change in policy settings. It is also a change in culture.

In this respect, China is making a fresh national effort. China's "Eco-Forum Global" met in late June 2015 in Guiyang. Guiyang is one of China's most pristine environmental zones, with abundant natural resources and local environmental practices increasingly grounded in the principles of sustainability. Through the Guiyang forum, the Chinese government is seeking to develop its own concept of sustainable development -- what China calls "eco-civilization." It aims to embed the concept and practice of sustainability across the entire economic development spectrum. China has now adopted this concept of "eco-civilization" as formal state policy, with the objective of dislodging long-entrenched attitudes towards economic development entrenched in a deep psychology of "development at any cost."

So what does China actually mean by the term "eco-civilization?" It is a concept drawn from Chinese experience over the last few decades, as well as China's traditional philosophy of harmony between human beings and nature. It argues that economic and social development can be advanced in a manner that protects the natural environment rather than simply destroying it. The key to this lies in transforming both industry and the nature of the energy inputs that sustain it.

At its core, it is a view of the world which attaches intrinsic value to all living things and the ecosystems that support them -- irrespective of their usefulness or importance to human beings. In other words, we humans need to regard ourselves as but one part of the living organism that is planet earth. Certainly human beings have a unique responsibility because of the destructive power we have at our disposal. It is because of our destructive habits to date that we now see ecological stresses and strains across all our natural environments.

Put simply, we must therefore choose what kind of civilization we wish to be: one that is anchored in the principles of sustainability; or one that continues to entertain the dangerous fiction that somehow our natural resources are infinite. In the end, these are all human decisions -- economic decisions, political decisions and ultimately civilizational decisions.

Given that much of the current climate change crisis is attributable to the collective West and more than two centuries of "development at any cost," China recognizes that it cannot simply adopt a "business as usual" approach, as this would be environmentally disastrous both for itself and for the planet.

China, given that it has already achieved the Millennium Development Goal of halving poverty in its own country, is therefore now turning its attention to a more comprehensive approach to sustainable development through its indigenous concept of "eco-civilization."

Because of the sheer size of its economy and population, China's decisions will matter for us all.

The world knows that if China makes this transition effectively it will significantly reduce global climate risks. If China succeeds, it could also offer a model for other emerging economies to emulate. Because of the sheer size of its economy and population, China's decisions will matter for us all.

China believes that "eco-civilization" will remain little more than a pipe dream without the tangible contribution of each and every citizen, company and community to the overriding mission of sustainable development. Without a transformation of our prevailing values, without changes in individual human behavior, without a dedicated reorientation of our various educational systems towards the demands of sustainable development, the world will fall well short of what needs to be done to sustain the planet.

Such efforts must also include the development of innovative public-private partnerships, the forging of alliances between businesses and research institutions, as well as alliances between cities, sub-national governments and nation-states. The fundamental truth is that both individuals and institutions at all levels will have a crucial role to play. And none of this will happen without a re-definition of civilizational values to incorporate principles of sustainable development.

China's concept of "eco-civilization" derives from both Eastern and Western learning. Others will use their own language and their own expressions. But the essential concept is the same -- all united around the common mission to protect the only planet we have. Planet earth is our common heritage. It is also our common destiny.

As others have said, there is no plan B for sustainable development. And there is certainly not a planet B. So whatever formal agreements we are going to reach this December, there must be a deeper attitudinal change across all continents and cultures on the central task of sustainable development. Let us hope that Paris becomes a catalytic and transformational moment for all of us across this wonderful planet of ours -- our common heritage and our common destiny.

More From This Author

Is Asia Heading Towards Armed Conflict?

2017: The Year of Living Dangerously

Investors Should Look to the Low Carbon Economy