Mark DeFriest is part MacGyver, part Houdini, and a complete failure at breaking out of prison, even after 13 tries, some of them quite comical.

In one of the stranger efforts, he managed to slip LSD to the guards' coffee at Florida State Hospital, a prison infirmary where he was sent to determine if he needed psychological help.

As hospital staffers and guards drank the spiked brew, it was pure pandemonium. An aide manning the washing machines suddenly became terrified at the spinning laundry. A female psychologist began screaming that her genitals were on fire.

Funny as that might be, the ultimate punchline to DeFriest's life is this: He's really not much of a criminal. When his dad passed away in 1979, he got arrested trying to collect tools he claims belonged to him.

Ironically, the only thing keeping DeFriest in prison now is that he keeps trying to escape, and that's the subject of director Gabriel London's documentary, "The Life and Mind of Mark DeFriest."

DeFriest was sentenced to four years in a Florida prison for the alleged theft of tools and for running away from police.

From there, it didn't take long for DeFriest to make his first prison escape attempt, hopping over a prison wall and easily bypassing barbed wire that his ex-military father had taught him how to avoid.

"[Your dad] taught you how to get over razor wire?" London asks at one part in the documentary, that the director is showing to journalists ahead of DeFriest's August parole hearing.

"Well, not that particular brand of it," DeFriest quips back.

Now 53, DeFriest is expected to spend the rest of his life in prison for his elaborate and frequent attempts to escape.

The documentary has taken London down a 13-year rabbit hole. He's been speaking to DeFriest, along with those closest to him, to explain how he became one of the few non-violent offenders in the United States serving the rest of his life behind bars.

The documentary also follows DeFriest's ongoing efforts to get freed on parole.

The details of his escapes would be almost entirely unbelievable if not for DeFriest's diary entries and prison records, which the director weaves into a story.

“If I was a rapist or a murderer, they’d let me out,” DeFriest says in the film. “But I’m the idiot who made them look like idiots.”

The "The Life and Mind of Mark DeFriest" creates a fascinating and -- at many times -- heartbreaking narrative of a man who four psychiatrists claimed to be too mentally incompetent to be sent to prison. He suffers from mild Asperger's among other illnesses.

DeFriest's constant attempts to break out earned him the "Houdini of Florida Prison" monicker from news outlets covering his colorful breakout attempts.

In one attempt, DeFriest deliberately pulled out his own tooth so he could be seen by a prison dentist. After being patched up, he asked prison guards if he could use the bathroom. When he emerged from the restroom, DeFriest pulled out two zip guns -- homemade guns made from copper pipes -- and fled, hot-wiring a car before being captured once again.

As these attempts became more elaborate (he managed to make countless prison keys out of paper simply by glancing at real keys officers kept hanging from their pockets), prison guards became increasingly frustrated as more and more years were added to DeFriest's sentence.

"He tore up three cells with just a toothbrush," one disciplinary report obtained by London reads.

Because of his lackadaisical attitude toward authority, by his own account, DeFriest was routinely beaten by guards, and once gang raped by inmates.

In the 34 years he has been incarcerated, DeFriest spent 27 of those years in isolation, according to the documentary.

"Mark was a prized piece of prey," London told The Huffington Post. "There was a lot of admiration for what he was able to do. [Prison officials] used to have a class specifically about Mark and all the different ways he could fuck with correction staff, and now they give that to incoming staff. They were learning from him because he could see behind all the machinations within the system."

Using glossy animation to recreate his many escape attempts, "The Life and Mind of Mark DeFriest" isn't simply a straightforward telling, but a journey riddled with humor and heartbreak, moments of hope and even greater moments of despair.

His wife, Bonnie DeFriest, who Mark met while in prison, is now reaching out to people to sign a petition calling for her husband's immediate release, arguing that despite having many opportunities, he has never turned to violence.

"Mark has never been a threat to anyone on the outside," Bonnie DeFriest writes. "He has Asperger’s Syndrome traits, but is emotional and caring in his own way. He is an intelligent and highly skilled worker capable of making a living on the outside. With help and support from the system and all of us on the outside, he can and will become a productive citizen once again."

For all his mechanical brilliance and savvy, Mark DeFriest may never get to share his gifts with the world. In the documentary, his stepsister, Barbie Taylor, calls his imprisonment a waste of talent.

"Can you imagine what that brain could have done?" Taylor asks.

DeFriest has an expected release date of 2085. His next parole hearing is August 20. 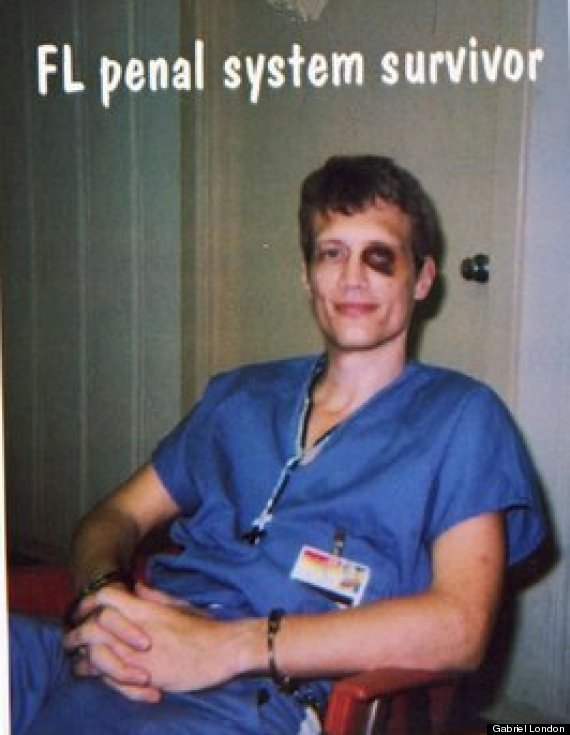