The small Hungarian village of Roszke, which is located on the border with Serbia, has for weeks been the main venue for the refugee crisis in Europe. After Hungarian Prime Minister Viktor Orban closed the last opening in the 105-mile fence that Hungary built at the Serbian border, a small war broke out here, in no man's land. Now, refugees are moving toward Croatia. 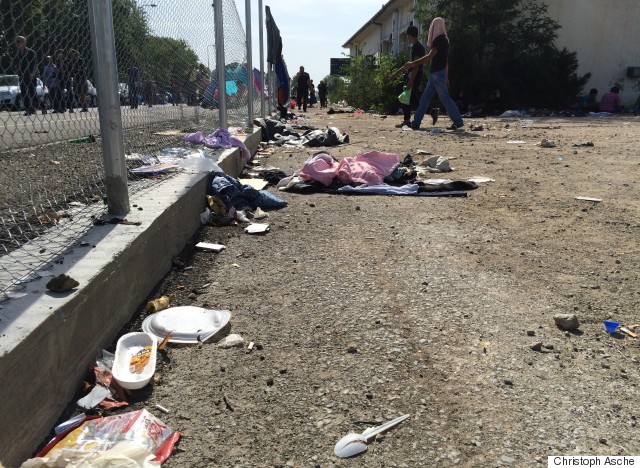 On Wednesday, the situation at the Hungary-Serbia border escalated. Clashes broke out between refugees and Hungarian police.

The refugees who had managed to make it to Hungary wanted to keep moving west, but Orban's razor wire deterred them. They grew more and more frustrated as they waited, eventually attacking the police. The state responded by firing water cannons and deploying armored vehicles. Images of traumatized children went viral.

By Thursday, however, the situation had calmed down. 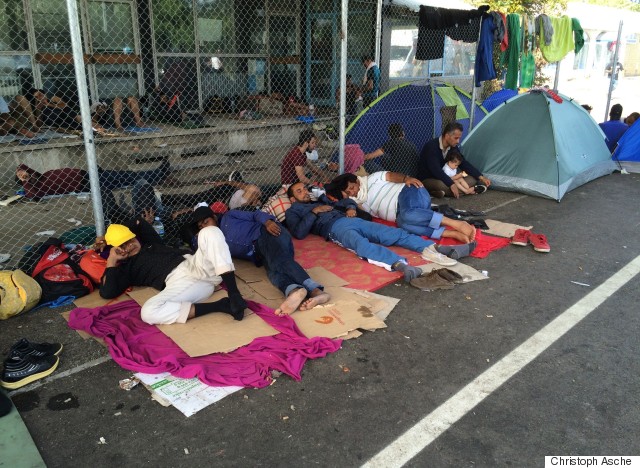 As of Thursday, many refugees had already left the “camp" in Horgos. This family is resting on cardboard and blankets in the shade.

Families and children are now lying on the warm tarmac. A few young Syrians are playing soccer among piles of trash and an old turnpike, while volunteers with Caritas, a Catholic charity, patiently answer questions.

Hungarian authorities, which have come under heavy criticism in recent days, have asked Serbian police to guard the fence. This seems to be a good arrangement, because the refugees respect the Serbian officers.

The events that took place at the border will likely have a significant effect on the refugee policies of other European Union member states in the days to come.

For one, the border region between Horgos and Roszke -- which many refugees refer to as the “camp” -- will probably be cleared in the next few days.

“This morning, a representative of the Serbian government was here, and informed us that Belgrade would send as many buses as possible to help transport the refugees," said Phillip Metzger, chairman of the volunteer organization Golgotha.

Metzger and a number of volunteers arrived in Horgos before the large group of refugees streamed in. “Without us, none of this would be here," he said with pride. 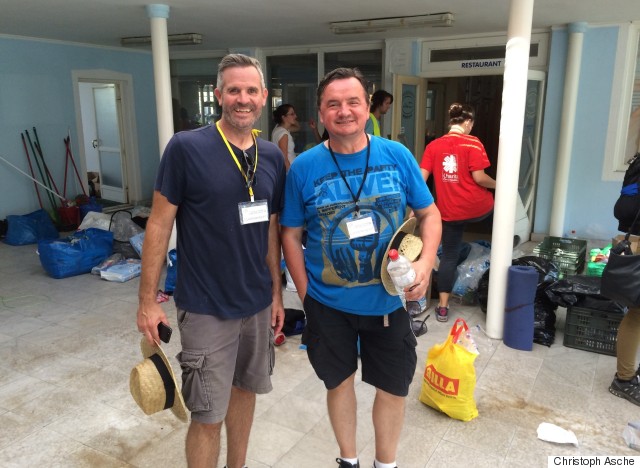 Phillip Metzger and Lajos Banki got to the Horgos-Roszke border before the refugees did, and they’ve been helping ever since.

The refugees will leave the Horgos-Roszke border region soon. They have already started moving to Croatia -- the new site of hope.

The Serbian government’s buses, which arrive at 30-minute intervals in Horgos, drive groups of refugees to the Croatian border. Many drivers have put up signs that say “Bezdan" on the inside of their windshields, referring to the town on the border between Serbia and Croatia. It is very likely that most people squeezing into the buses have no idea where Bezdan is. And they don't care. All that matters is that they’re moving forward. 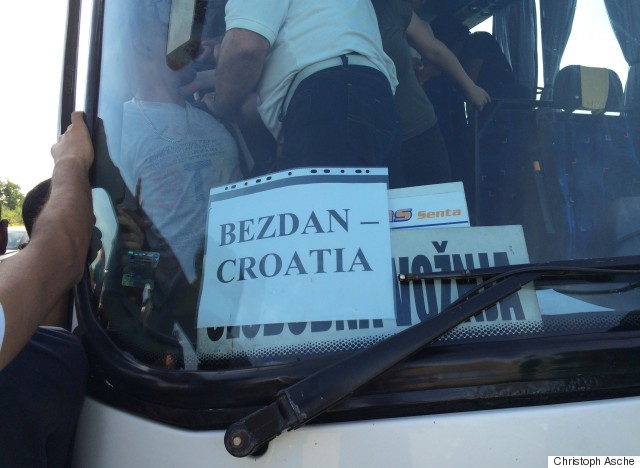 Dozens of buses picked up refugees from Horgos on Thursday. They are headed for the Serbian border town of Bezdan.

“We can't sit and wait here forever. Maybe this is our last chance," said a young Iraqi as he waited to get on one of the buses. “It’s now or never.”

It remains to be seen, however, if the transfer to the Croatian border really is their last chance.

What is clear is that the new corridor set up in the youngest EU member state won't necessarily be a surefire success. Roughly 8,000 refugees have reached Croatia in a very short period of time -- which is proving to be too many for the country to handle.

“We can't accommodate any more refugees," Croatian Interior Minister Ranko Ostojic announced Thursday, only a day after the first refugees arrived in the country. Prime Minister Zoran Milanovic, who'd seemed optimistic about the situation earlier this week, has more recently said: “I don't know if we can register everyone. I can't guarantee it. There are limits to our capacity."

For Serbia's taxi drivers, meanwhile, times have never been better. At least, that's the impression you get when you're driving down the road leading away from the “camp.” Many refugees, not wanting to wait any longer for buses, have started the six-hour trek toward the town of Subotica, in northern Serbia, which has a population of 100,000. From there, most refugees want to continue on to the Croatian border.

Again and again on this route, you see utterly exhausted men and women by the side of the road. They make easy marks for taxi drivers. Nobody knows exactly how much the drivers charge at the end of the trip.

It looks like an exodus from Horgos has begun. The ghostly scenes at Orban's fence are a thing of the past now -- or so it seems.

The truth is that images of frustrated young men, bleeding children and angry mothers will continue to emerge. They just won't be coming out of Horgos anymore.

This post first appeared on HuffPost Germany and has been translated and edited for an American readership.