What's your stress "tell?" For some, a quickened heart rate or a slight feeling of queasiness is enough to let them know they're getting anxious or overwhelmed. But just as a slight from your boss or bad news from a family member can get your stress hormones pumping and your blood pressure rising quickly, you have the power to reset almost instantly. 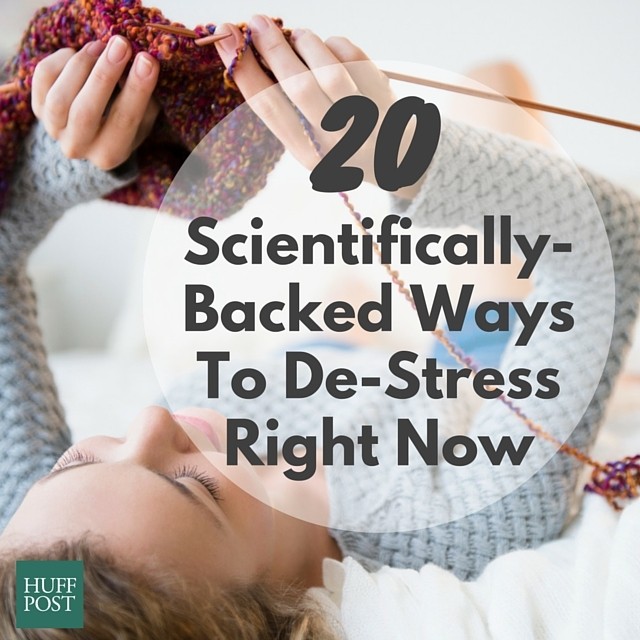 When we're stressed, hormones like cortisol flood our systems, producing the "fight or flight response" in which our heart rate goes up, we breathe more heavily (requiring more oxygen) and our blood vessels constrict. While in the pre-civilization world, the increased blood flow to our heart and muscles helped us escape from predators and dangerous situations, we find ourselves in a very different position now. Our bodies can't tell the difference between an approaching grizzly bear and a ticked off spouse or a particularly epic traffic jam, so our stress response is triggered when there's no imminent danger. Instead of helping us to escape, this can contribute to chronic conditions like hypertension and headaches, as well as mental health concerns like depression and anxiety disorders. What's more, stress can make other conditions -- like asthma, irritable bowel syndrome and insomnia -- worse.

The good news? Just as we have a stress response, we also have a "relaxation response," during which your breathing slows, your blood pressure decreases and you even use less oxygen, reports the NIH’s National Center for Complementary and Alternative Medicine.

We don't really have a choice when it comes to getting stressed -- we may as well work to undo its effects. With that in mind, here are 20 ways, backed up by good scientific evidence, to keep your stress in check: 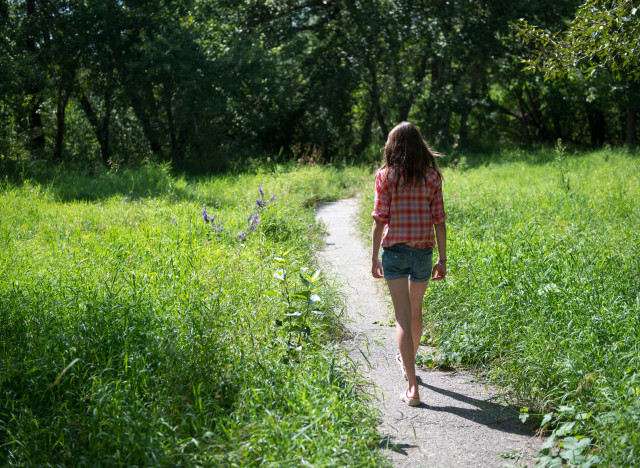 While just about any walk will help to clear your head and boost endorphins (which, in turn, reduces stress hormones), consider walking in a park or other green space, which can actually put your body into a state of meditation, thanks to a phenomenon known as “involuntary attention” during which something holds our attention, but simultaneously allows for reflection.

Breathe Deeply
Any yogi knows that the breath -- known as pranayama or “life force” -- plays an important role in nourishing the body. And medical researchers agree.

“Breathing exercises can help you relax, because they make your body feel like it does when you are already relaxed,” explains WebMD.

Breathing exercises -- or even just taking a few deep breaths -- can help reduce tension and relieve stress, thanks to an extra boost of oxygen. While shallow breathing -- a marker of stress -- stimulates the sympathetic nervous system, reported NPR, deep breathing does the opposite: It stimulates the parasympathetic reaction, which helps us to calm down.

What’s more, breathing exercises have been proven in clinical research to aid some of the systems that are harmed by stress: They can reduce blood pressure and may even be able to change the expression of some genes, according to Harvard researcher Herbert Benson.

Visualize
A short visualization is an easy way to get back to center. Even the National Institutes for Health recognizes the power of “guided imagery” to elicit a relaxation response.

Simply make yourself comfortable (at your desk, in an empty conference room -- wherever!) and then try to picture a peaceful scene: a future vacation, your favorite beach. You can even visualize yourself accomplishing a future goal or, as Women’s Health magazine puts it, “picture yourself in an elevator, happily sandwiched between two hot actors of your choice.”

Eat A Snack (Mindfully!)
Stress-eating doesn’t have to be bad.

"The connection between the gut and brain is huge -- called the 'gut-brain axis' -- and lots of interesting data supports the idea that the gut is a major mediator of the stress response,” Dr. Drew Ramsey, an assistant clinical professor of Psychiatry at Columbia University College of Physicians & Surgeons and the author of The Happiness Diet told The Huffington Post earlier this year. “After all, stress is a brain and immune system mediated phenomena, and your gut is the largest organ in your immune system."

Pick a snack that will fill you up -- say, half an avocado, a handful of nuts or a hard boiled egg -- because nothing is more stressful to the brain, Ramsey explains, than feeling like you’ve run out of nourishment. Take your snack away from your computer and go sit someplace peaceful. Focus on your food: its texture, the way it tastes, how it makes you feel. Now you’ve turned your snack into a meditation.

Buy Yourself A Plant

Houseplants aren’t just beautiful air purifiers -- they can actually help you calm down. Researchers have found that simply being around plants can induce your relaxation response. One Washington State University study found that a group of stressed-out people who entered a room full of plants had a four-point drop in their blood pressure, while a comparison group who didn’t see plants dropped only two points, Prevention magazine reported.

Need some advice on what to buy? Here’s a guide to houseplants that de-stress your home (or office!)

Make sure to take frequent breaks during your day of computer use -- and try to shut offline at least an hour before bedtime.

Kissing relieves stress by helping your brain to release endorphins, reports WebMD. And that has real-life implications: In a study of 2,000 couples, Northwestern University researcher Laura Berman, Ph.D., found that those who only kissed when they had sex were eight times more likely to report feeling chronically stressed or depressed. 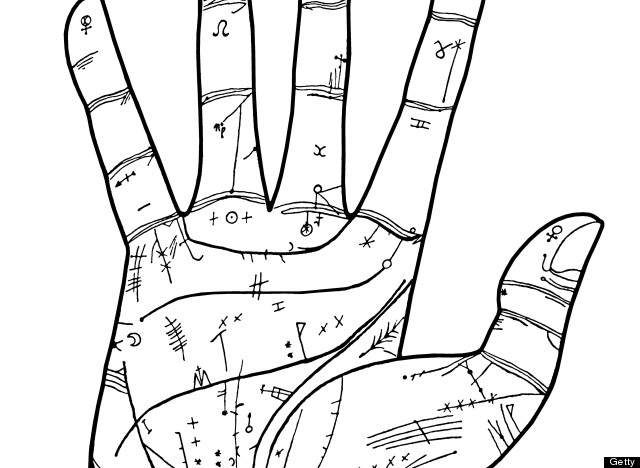 Applying pressure to the space between your second and third knuckle (the joints at the base of your pointer and middle fingers) can help to create a sense of instant calm, according to Sharon Melnick, author of Success Under Stress.

"It activates a nerve that loosens the area around the heart, so any of that fluttery feeling you feel when you're nervous will end up going away," Melnick told Business Insider.

Hang Up, Then Turn Off Your Phone
Cell phones stress you out, there’s no question about that. Talking can even raise your blood pressure.

Put On Some Music
While classical music has a particularly soothing effect -- it slows heart rate, lowers blood pressure and even decreases levels of stress hormones -- any music that you love will flood your brain with feel-good neurochemicals like dopamine.

And while music can soothe everyday anxiety (crank it up on the drive home!), research shows that it’s particularly beneficial for those in the midst of stressful events, like surgery.

Don’t have your headphones handy? Try humming or making your own music. One study of stressed-out nursing students found that recreational music-making relieved stress and prevented burnout.

Treat Yourself! Eat One (ONE!) Candy 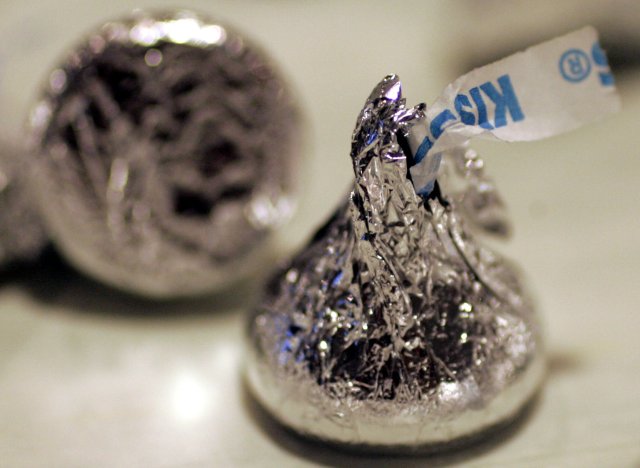 Eating or drinking something sweet is soothing because it stems the production of the stress hormone, glucocorticoid (which helps explain why we find ourselves staring down the barrel of an empty cookie package when things go haywire). While not an excuse to unleash your emotional eating on the office vending machine, a Hershey’s Kiss, peppermint candy or other reasonably-sized treat, can help.

Or, On The Other Hand, Plug In
Yes, screens can stress you out. But used in the right way, there’s no reason you can’t turn to the Internet to get a little stress relief. A Cleveland Clinic study found that web-based stress management programs, like guided meditation, decreased stress levels and boosted scores emotional well-being in a group of 300 healthy adults, Healthy Living’s Amanda L. Chan reported.

Chew A Piece Of Gum

Chewing gum doesn’t just make your breath better -- it can relieve anxiety, improve alertness and reduce stress during episodes of multitasking, according to a 2008 study.

Watch A Viral Video
A good laugh is a fine relaxation technique. “Laughter enhances your intake of oxygen-rich air, stimulates your heart, lungs and muscles, and increases the endorphins that are released by your brain,” explains the Mayo Clinic.

Counterintuitively, laughter first activates your stress response and then deactivates it, creating a kind of “rollercoaster” that leads to a feeling of relaxation.

What’s more, even if you don’t find the viral video your uncle Joe sent you to be that funny, just the anticipation that it might be will actually boost endorphins.

Progressive Muscle Relaxation
Start with your toes and work your way up: tighten your foot muscles as much as you can, then relax them. Make your way up, tightening and relaxing each muscle until you’ve finished with your face. It may seem silly, but this practice can help reduce anxiety and stress and is often recommended to patients who suffer from depression and anxiety disorders.

Seriously, Turn Off Your Phone
Smartphones, in particular, are linked to increased stress, as more and more people feel pressure to respond to messages at all times.

See Your BFF
Friends aren’t just fun -- your very closest ones can actually reduce your production of cortisol, according to a study in middle school aged children. We think the same holds true for adult besties. And psychologists agree.

Eat A Banana (Or A Potato!)
Potassium helps to regulate blood pressure, which rises during times of stress. Some people find that eating a banana when they’re feeling stressed can help improve energy and recovery. And research shows that it can protect your body from the negative effects of stress, like increased risk of heart attack and stroke. The American Psychological Association recommends it to stave off the physical detriments of stress as well.

Try Eagle Pose
Many yoga poses are known stress relievers, as they open the shoulders, relieve neck tension and do away with many of the physical symptoms of stress.

Eagle pose is a prime example of how a brief asana can target back and neck tension. Learn how to do the pose here. 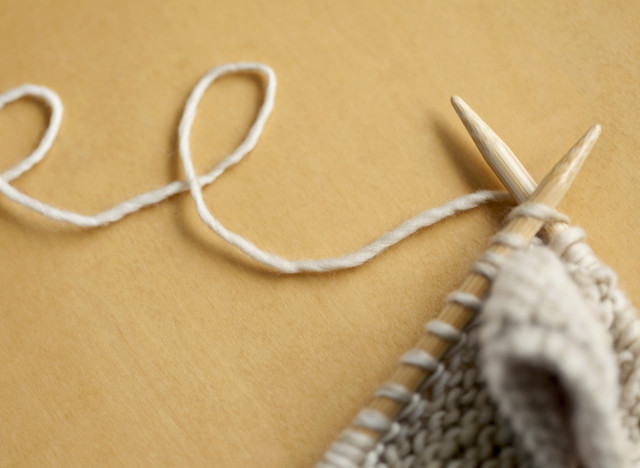 Repetitive motions -- like the fine motor skills used to knit, make jewelry or cross-stitch -- can soothe anxiety, according to avid knitter and pediatrician, Perri Klass, M.D. Mindfulness expert Dr. Herbert Benson agrees: Knitting fulfills the two criteria of mindfulness practice, as he sees it: "the repetition of a sound, word, phrase prayer, or movement, and the passive setting aside of intruding thoughts and returning to the repetition."