(Warning! "Walking Dead" spoilers! There is no sanctuary!)

"The Walking Dead" has had us worrying about Glenn actor Steven Yeun for most of Season 6, but that may have just been a distraction from who we should really be worried about: Norman Reedus.

In the show's midseason finale on Sunday--Episode 8, "Start To Finish"--we saw walkers take over Alexandria and different groups inside scramble to stay alive. Andrew Lincoln actually dropped the script after reading Episode 9, he told The Huffington Post, so it appears our previous predictions about Carl, Ron and Jessie will happen when the show returns, since those characters made it out of the episode okay. What we weren't counting on was Daryl, Sasha and Abraham getting into trouble, and with one word the show may have sealed Daryl's fate.

The evidence Daryl will die:

In the "Walking Dead" prologue that aired after the episode, Sasha, Daryl and Abraham get caught by a gang on the road, and we hear that their property now belongs to "Negan." That's bad news.

In the comics, Negan is the leader of a group called The Saviors. At one point in creator Robert Kirkman's stories, Rick Grimes and his group get captured by The Saviors, and Negan says he wants revenge for Saviors that were killed. He then beats Glenn to death with a baseball bat. 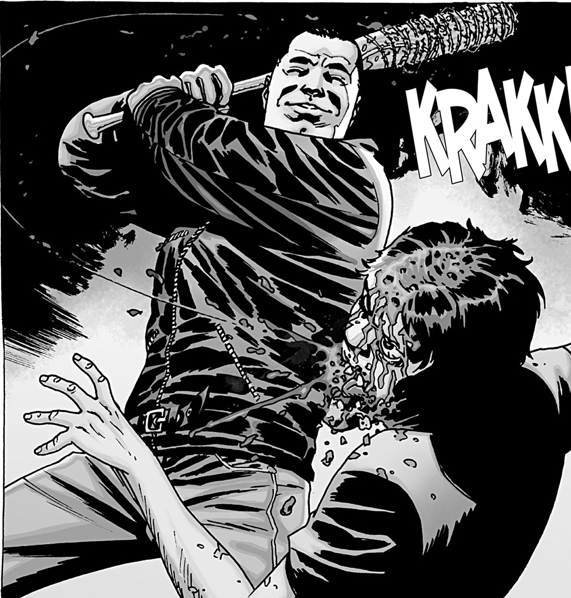 With the Glenn death fake-out from this season, many predict Daryl Dixon will take Glenn's place as Negan's victim. Reedus' character already seems to be filling Glenn's role from the comics, anyway, being a major fan-favorite as well as one of Rick Grimes' right-hand men.

Also, remember that some of the people attacking Abraham, Daryl and Sasha in Episode 6 were killed. It's believed these people were Saviors. Adding support, they seemed to be pursuing a character named Dwight, who is also a Savior in the comics. So it looks like Negan might want some revenge for their deaths.

The fan mantra is "if Daryl dies, we riot," and it looks like it's finally time to get your gear ready.