LONDON -- Britain has, by accident, embarked on a revolution. Few expected the Leave campaign to win -- even the Leave campaigners themselves, who gave little or no thought to what Brexit would mean in practice. Some ongoing relationship with the European Union? Complete detachment? They have no agreed-upon plan, nor have they advanced any since the vote. The inability to mount any challenge for the Conservative Party leadership was a tribute to their fecklessness. Yet, the revolution has begun with all the attendant unpredictability of revolutions, which never go according to plan. And whatever the possible long-run benefits are, they're never accomplished without monumental disruption. Frequently, they are disasters.

Rational economics requires the new British government to prioritize access to the European single market above any other consideration, including trying to reduce immigration substantively. But this is the policy the ascendant anti-immigrant and nativist right emphasize above any other. The right-wing goal to couple both a successful referendum with a takeover of the Conservative Party may have failed, but Theresa May, a steely Remainer and the next prime minister, knows full well she has to throw the inflamed nativist right some red meat.

The question is how far she will feel she has to go in controlling immigration and completely exiting all EU structures to assuage their appetite for torching anything European whatever its merits. If she does, the policies could trigger at best a deep economic recession and at worst a second financial crash and depression. I have never been so fearful for the British economy in my career as an economic commentator.

The notion that everything is now set in stone because the people have spoken -- even in the face of calamity -- is absurd.

In the last few days, the markets and business have been delivering their judgment. Half of the U.K.'s largest commercial property funds have suspended withdrawals as investors panic about values. Most large companies have frozen any investment projects; others have begun the process of moving out of Britain. The 13 percent fall in the pound, the lowest for 31 years, is the steepest since Britain was bounced out of the EU's Exchange Rate Mechanism in 1992.

Certainly there are short-term benefits in dollar and euro profits being translated into higher profits in sterling terms, which has prompted a rise in share prices in the FTSE 100, but most economists believe that with so much uncertainty about Britain's future trading architecture, the response in higher exports will be paltry -- just as it was in more favorable circumstances when the pound devalued in 2009. As the prices of imports rise, consumers will find their real incomes even more squeezed. There are no silver linings in these darkening clouds. 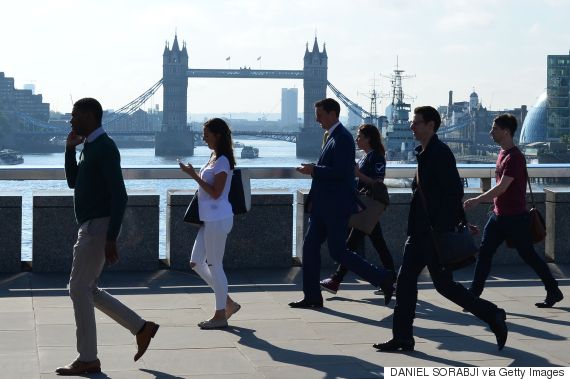 Commuters heading into the City of London cross London Bridge in front of Tower Bridge on June 24. (DANIEL SORABJI/AFP/Getty)

After more than 40 years of EU membership, Britain's financial and economic structures are profoundly intertwined with those of the European Union -- whether so-called "bank passports" that allow British banks to trade everywhere in the EU or the system of agricultural support. On top, the country has a current account deficit of more than 5 percent of GDP that can only be financed by inflows of capital which, whether to buy property or companies, were dependent on EU trade and market access. This enmeshed set of relationships cannot be unraveled without huge risks. In the words of futurist Parag Khanna, "EU countries are functionally inseparable, an egg that cannot be unscrambled. Their monetary system, transportation routes, energy grids, financial networks and manufacturing supply chains are all heavily integrated."

Britain is now going to set about trying to unscramble the egg from a position of profound financial vulnerability. The price of farmland -- dependent on the Common Agricultural Policy -- has doubled in the last five years. So have prices of commercial property, dependent on London in particular being the de facto commercial capital of Europe. Residential property prices have boomed. All have been financed by an overstretched banking system vulnerable to the huge imminent loan write-downs as prices now collapse -- and doubly vulnerable to liquidity in London's interbank markets being hit by a cessation of capital inflows. The risk of a first order banking crisis, presaged by the closure of commercial property funds last week, is very real -- and blithely ignored by the Brexiteers.

The risk of a first order banking crisis, presaged by the closure of commercial property funds last week, is very real.

The least bad option to save the day is membership in the European Economic Area -- the so-called Norway option, in which the U.K. would continue to have full access to the single market but no voice in its governance -- which would at least allow trade, financial and capital flows to continue and avert the risks of the downward vortex of a banking crisis. But this will require May's government to accept the freedom of movement of people as the quid pro quo -- precisely the opposite of the referendum result.

So far, European governments have shown no readiness to compromise on this core EU freedom. Nonetheless, working towards this end is the only rational response for both Britain and the EU. The EU must make a face-saving offer on the freedom of movement of people to allow the package to be sellable in the U.K. -- perhaps accepting that EU citizens have to find a job before moving to Britain. And Britain must accept the compromise package no matter how politically difficult it is; some parts of the population are now openly anti-immigrant and bordering on racist, one of the most baleful consequences of the dishonest way the Leave campaign fought the referendum. 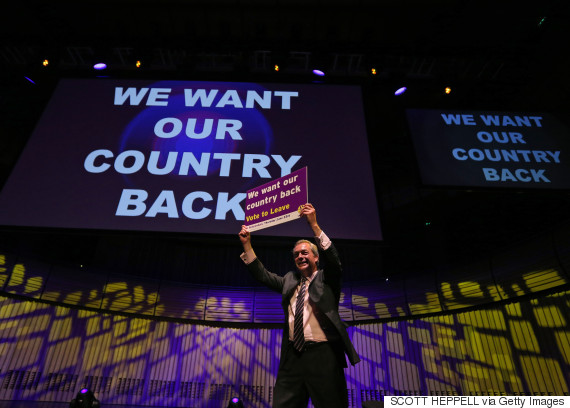 Nigel Farage, the leader of the U.K. Independence Party, at a referendum campaign meeting in Gateshead on June 20. (SCOTT HEPPELL/AFP/Getty)

This deal -- which requires the U.K. to remain a member of the EU until the new deal is agreed -- may even need a second referendum or election to be sealed. The notion that everything is now set in stone because the people have spoken -- even in the face of calamity -- is absurd. It is democratic nonsense to argue that the people cannot revisit a decision if it is obvious it means their economy is going over a cliff. Such a deal might even do better than just holding the line: after turbulence, the EEA could be a halfway house that also allows Britain to do trade deals with other countries and muddle through. It could even presage Britain one day rejoining a genuinely reformed and more dynamic EU -- especially if EU leaders learn their lessons from the debacle.

If not, Britain will have to opt for complete exit -- either negotiating a bilateral deal with the EU like Switzerland or Canada or just accessing the EU markets under World Trade Organization rules. The Treasury estimated that both would cost the U.K. dearly in the long run -- nearly twice as much lost output over 15 years compared to the Norway option.

EU countries are functionally inseparable, an egg that cannot be unscrambled.

If anything, the Treasury -- and other forecasters like the International Monetary Fund and the Organization for Economic Cooperation and Development -- were almost too optimistic. The forecasts assumed the economic egg could be quickly recreated and there would be no financial crisis: neither of which is likely. Once any credit crunch sets in, Britain will experience all that it did in 2008-9 -- but with no wider stable financial and economic architecture.

It appears that neither the new government nor the beleaguered Labour Party leadership are measuring up to the scale of the risk. Chancellor George Osborne's promised corporation tax cuts offer the prospect of the U.K.'s future as an offshore tax haven. But this will neither work nor offer any future to the left-behind communities and voters who opted for Brexit. 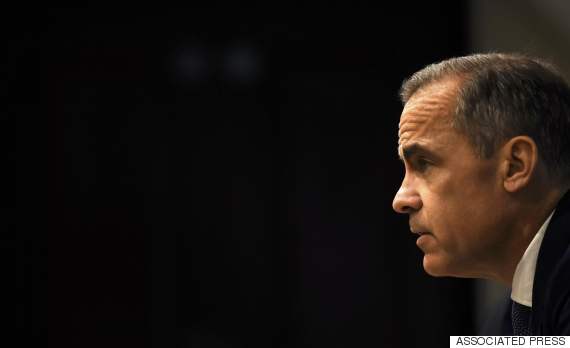 The Bank of England's governor, Mark Carney, speaks during a news conference in London on July 5. (Dylan Martinez/ Pool via AP)

A pall of dismal closure will extend over Britain. British science and British universities fear funding cuts and marginalization. So do the creative industries. British farmers will never be so well-off again. The revived motor industry, dependent on access to EU markets, will have to retrench. Poorer parts of the country, many of which voted to leave the EU, will find that the lost EU funding will never be replaced.

Future historians of our times will find it hard to explain the madness that descended on the U.K. -- the readiness of Leave campaigners to disseminate such disinformation and outright lies and inability for them to be countered by the Remain contingent. Lies have consequences. We are about to discover just how serious they are -- and how much the ramifications will extend beyond Britain. Beware nativism -- and pray that May can deliver the compromises and deals that will avert disaster.

This Is What It'll Take for May to Keep the UK From Going Over the Cliff
1 / 12
Brexit
1 / 12
MORE: brexit economy United Kingdom theresa may WorldPost Europe European Union Brexit worldpost global order